If dogs and cats can, why not a horse? You would think, and so did some folks sitting way up in the moors of England so they decided to get up, brush off dust, roll up sleeves and make a horse suit. No, it is not a typo, and I have not misplaced an alphabet. A suit for a horse. As part of a promotional campaign to commemorate the Cheltenham Festival 2016, a horse racing event, Bookmakers William Hall commissioned a three-piece tweet suit for racing horse Morestead. The campaign also promotes a brand new line of tweed equestrian clothing for … humans. 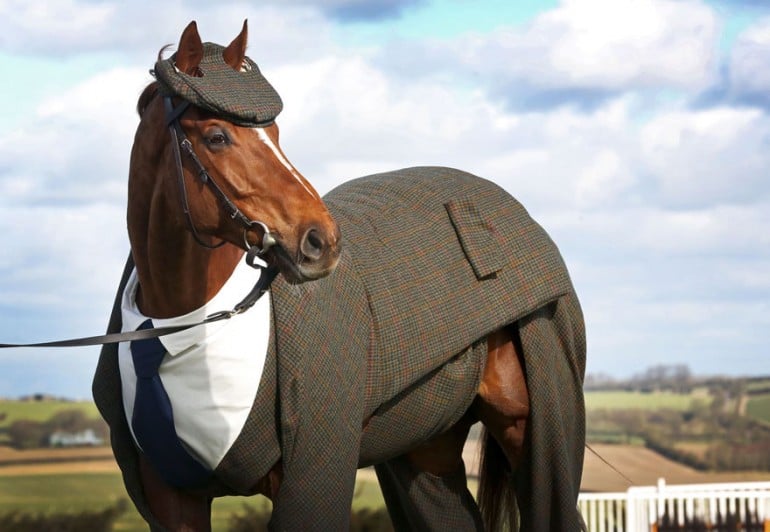 The suit was designed by an accomplice of Alexander McQueen, Emma Sandham-King. She and her team took four weeks and used 18m of genuine tweed from the Isle of Harris to tailor this suit – that is calculated to be some 10 times more material than a human need. The campaign featured champion jockey Sir Tony McCoy to take home the message that the suit is indeed for humans. But a well-heeled high-maintenance offspring of an oil tycoon can still have this made for her pet pony. 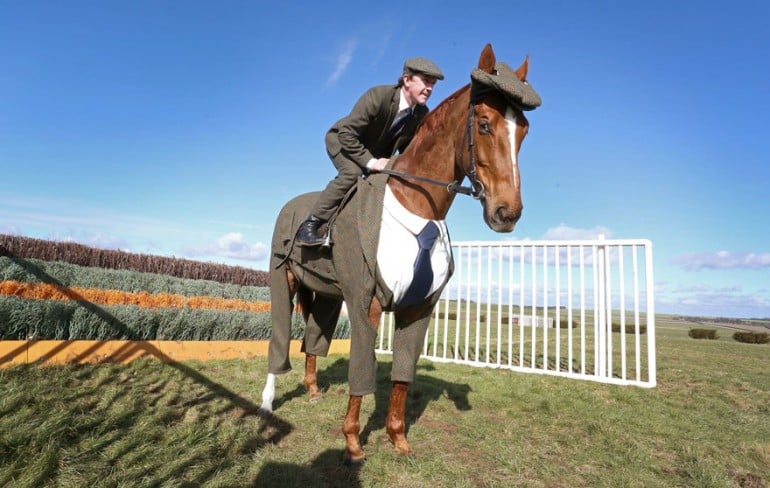 In case you are wondering, yes, this is the first time a horse gets a suit. You know what will be cool? A well-suited snake, with a bow tie. Or an adaptation of Winnie and Piglet – bear and pig. Or, even tigers, in an attempt to increase awareness of them being endangered – that would be cool (if the tailor doesn’t become the tiger’s dinner). Nice world we live in. Quite nice. 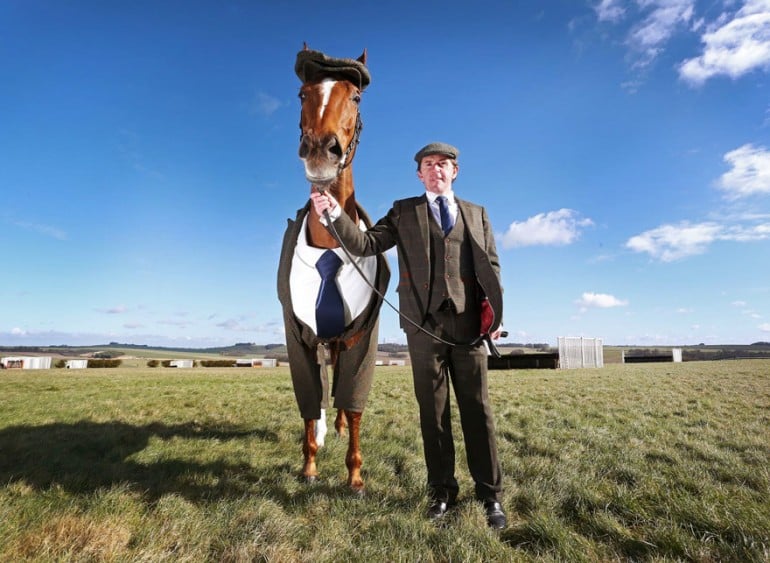 Tags from the story
Suit