Pet lovers will be thrilled to learn that the H&M x Moschino collaboration that was announced earlier this year will also include clothing for pets. Promotional images show a Yorkshire terrier clad in hooded jackets. On is a simple grey version with Moschino branding on the back, while a second jacket features a loud chain print. This will be the first time that both Moschino and H&M create petwear.

The face behind Moschino’s energetic designs Jeremy Scott revealed that H&M had initially approached him to create a line of kidswear as part of his capsule collection. But having created clothing for children in the past for both his own label and Moschino, he wanted to attempt something new. He took it as an opportunity to explore a line for pets instead. 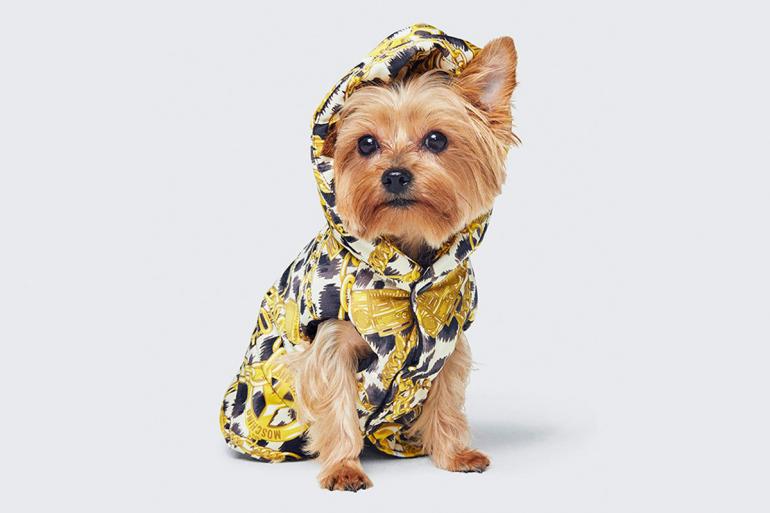 The designer also told Vogue that his favorite items from the pets range are the chain print puffer jacket and a collar adorned with the Moschino gold letters. This pet line will be launched with the rest of the H&M x Moschino collection on November 8.

Tags from the story
HM, Moschino