It’s a material world all right, but every once in a while you hear of something extremely heart-warming. A similar touching case is of a beloved pet bulldog that has been fitted with an $18,500 bionic leg, which will help advance prosthetic techniques used to help bombing victims. Coal, an eight-and-a-half-year-old hound had his left paw amputated because of cancer last year. But his determined owner Reg Walker, shelled out thousands of pounds to fit him with a sophisticated bionic leg, which was designed to be compatible with Coal’s own tissue.

‘Now he has an absolutely normal quality of life, which he wouldn’t have had before.’ said Mr Walker, who is a music industry security guard. Cole is truly Reg’s best friend and vice-versa. 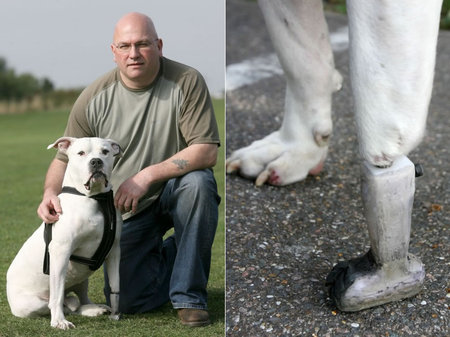