San Francisco, at first thought, brings to the mind the Golden Gate Bridge and cable cars and the Fisherman’s Wharf. Once this image settles, we are nudged towards the city’s reputation as the world’s biggest fair ground for tech startups. This has been attracting a whole segment of the “nouveau rich” over the years. While we know the eccentricities of the old and new rich, this seaside city’s high society is getting some grunts for their show of wealth. And also, those who cater to them. Like Doggy Style, a new upcoming (to be opened next month) daycare for dogs. Not new to start the trend, but definitely one of the most hate-targeted ones.

This is just over the top terrible, and it’s opening in Noe Valley somehow. https://t.co/8zx04ROlhp

Yet the neighborhood rejected an organic dog food store earlier this year. 😑 pic.twitter.com/IMPp8WEZEO

Why the trolls? The center charges $1,500 for a monthly membership, after a $7,500 initiation fee. Located in Noe Valley, some of the services include private birthday parties, hand-painted wall mural, a grooming service a month and concierge pick up. Also, one guest is allowed to accompany the dog during the visits, which means a free coffee at the waiting lounge and free Wi-Fi. Score! Other such centers in the city are also well known for their perks which include photos of their pets to keep a check, report cards, group walks and ponds and waterfalls for the dogs to drink water from. 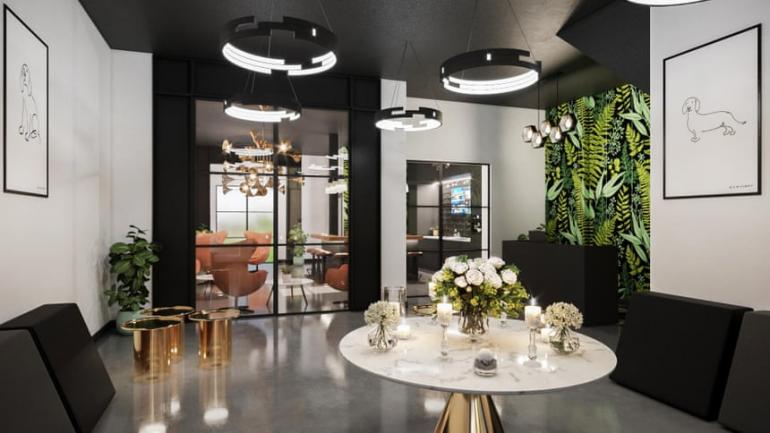 People are disgusted, as the tweets flow, for “bringing ridicule” to the city. The owners, however, are shrugging them off saying there will inevitably be haters, but they just “freaking love their dogs”.

There is no real reason to judge people on their wealth and how they use it. But that said, it is the disparity in wealth that people seem to have a problem with and that is also justified. Social media platforms don’t have to paste pictures of refugee and poverty-stricken children on our feeds to understand the stressing problem our world faces today. We all know it, and we talk about it. And in spite of that, we have a larger hue and cry over the pointless show of wealth than the honest philanthropic means people engage in. This is such a clear example of how mankind has become such prisoners to the mirage than facing a sandstorm. People prefer seeing glossy glamour and juicy gossip over addressing the real problems of the world.

The next time someone says you have a dog’s life, though, would be an accomplishment rather than be a pity on your sorry state of affairs. so, what is it going to be – a pedicure for your pet-heart or maybe provide a home for five stray dogs with that cash?

Tags from the story
Dogs, San-Francisco