The Kingdom Tower will soon dethrone the Burj Khalifa to become the world’s tallest man-made skyscraper. The tower inspired by the ‘folded fronds of a young dessert plant’ is being built in the coast city of Jeddah, Saudi Arabia.

From its height to design, here are 10 amazing facts about the soon-to-be world’s tallest skyscaper Kingdom Tower: 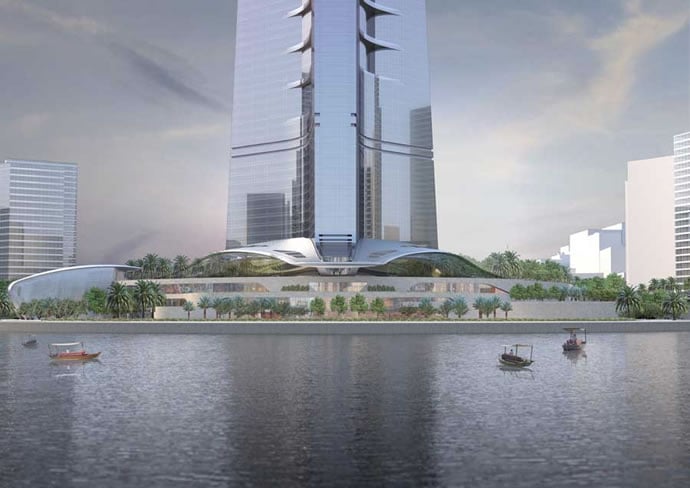 10. The creator and leader of the project is Saudi Arabian Prince Al-Waleed bin Talal, the wealthiest Arab in the Middle East. 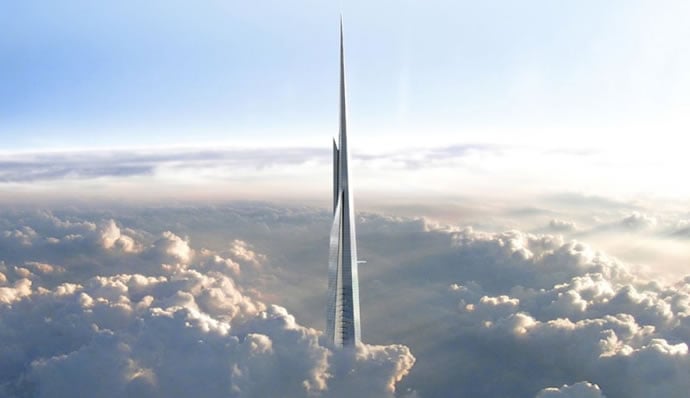 9. The project will feature a high-performance exterior wall system that will minimize energy consumption by reducing thermal loads. The tower’s aerodynamic shape helps to reduce structural loading due to wind vortex shedding. Each of Kingdom Tower’s three sides features a series of notches that create pockets of shadow that shield areas of the building from the sun and provide outdoor terraces with stunning views of Jeddah and the red Sea. 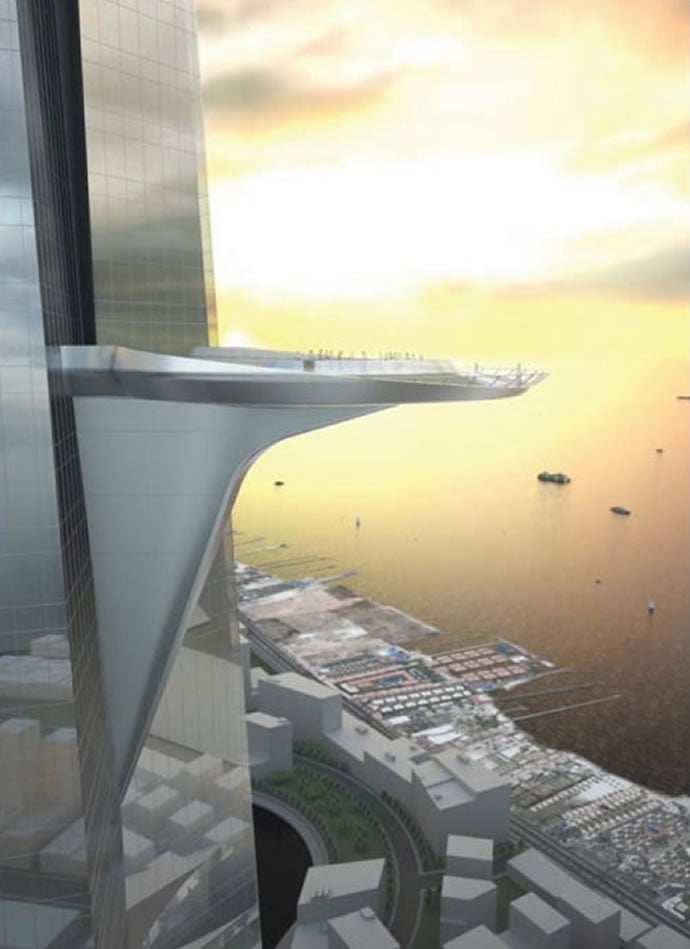 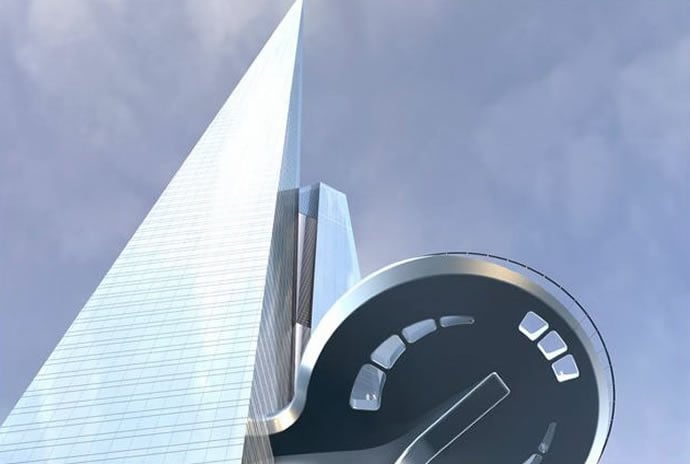 7. Foundation work for the world’s tallest man-made skyscraper began in December, and the surface work will start from April 27. The construction of the property is likely to last a total of 63 months. 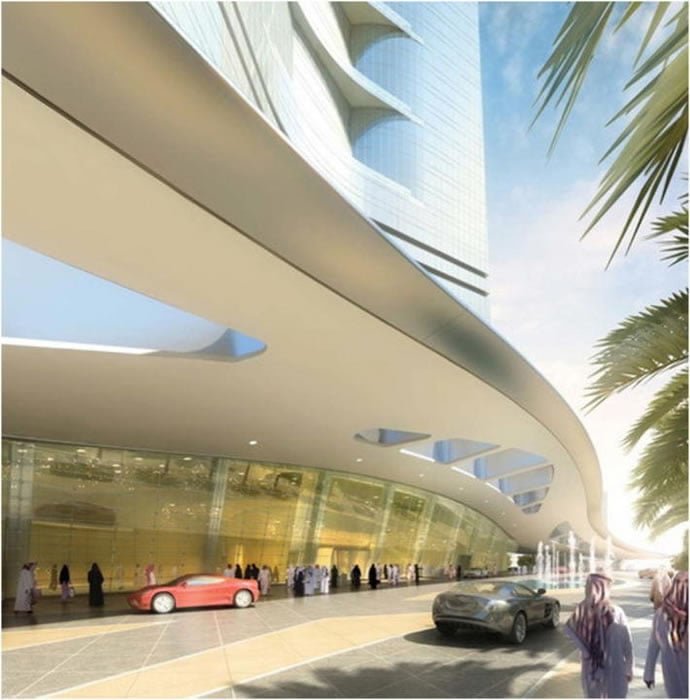 6. The project will require around 80,000 tons of steel. The foundations of the building will be 60 meters deep and will need to be resistant to the saltwater. Every few floors will be designed with a different shape to withstand high winds. 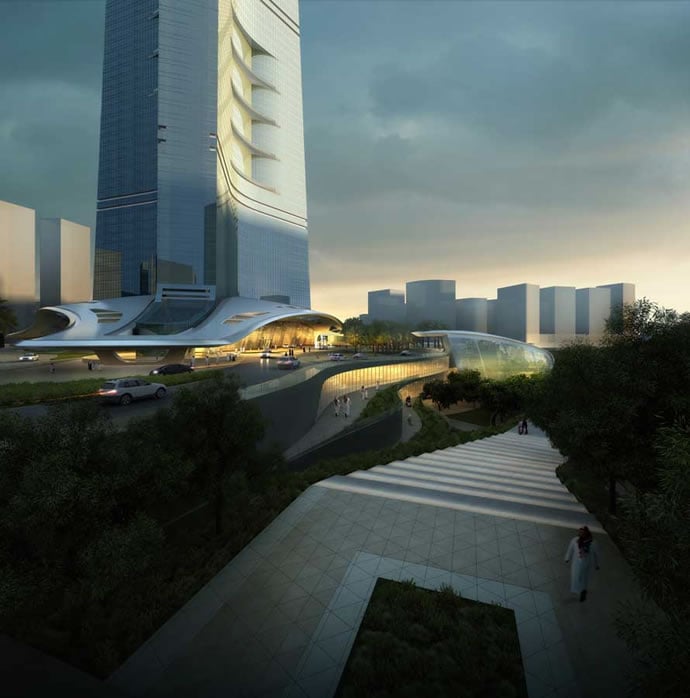 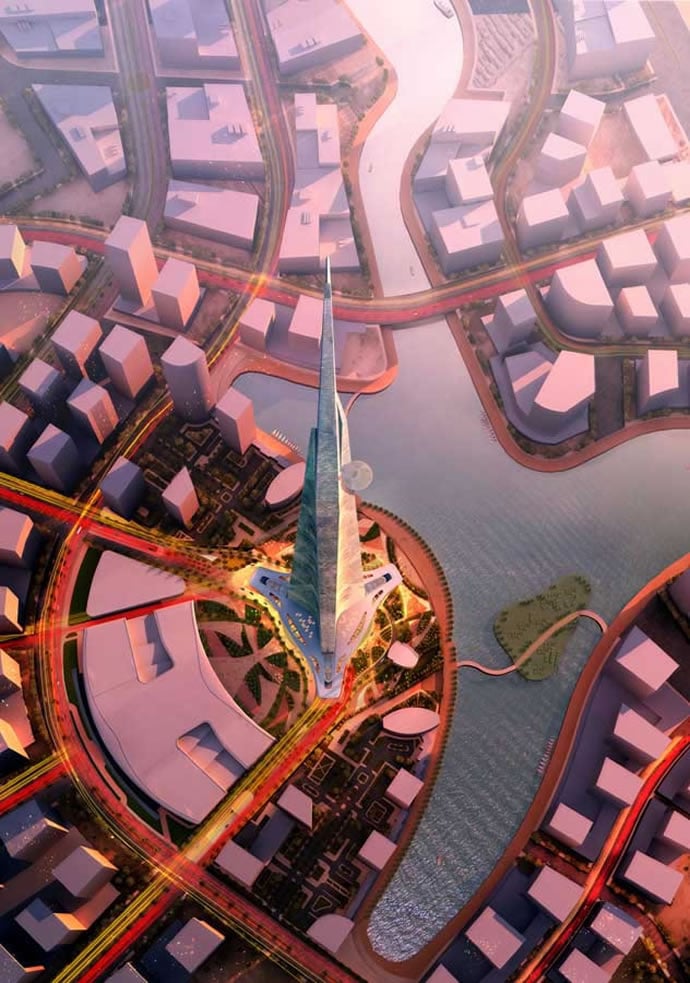 4. Adrian Smith and Gordon Gill Architecture firm have designed the tower. Adrian Smith was the architect of the Burj Khalifa in Dubai, the current highest building in the world.

3. The tower’s sky terrace is the world’s highest observatory at roughly 30 meters (98 feet) in diameter, at level 157.

2. The Kingdom Tower complex will contain 59 elevators, including 54 single-deck and five double-deck elevators, along with 12 escalators. Elevators serving the observatory will travel at a rate of 10 meters per second in both directions.

1. At over 1,000 meters (3,280 feet) and a total construction area of 530,000 square meters (5.7 million square feet), Kingdom Tower will be 173 meters higher than Burj Khalifa. The Burj Khalifa is roughly three times the height of the Eiffel Tower, 15 times the highest point at Niagara Falls and almost twice as tall as the Empire State Building.