There are properties that can enhance the owner’s reputation and even social standing to an extent but it’s quite impossible for a house to increase one’s lifespan – or so you thought! Enter ‘Bioscleave House’ – a 3400 sq. ft. architectural collage that is built as an “interactive laboratory of everyday life” with terrain and walls that keep residents “tentative” and young.\ 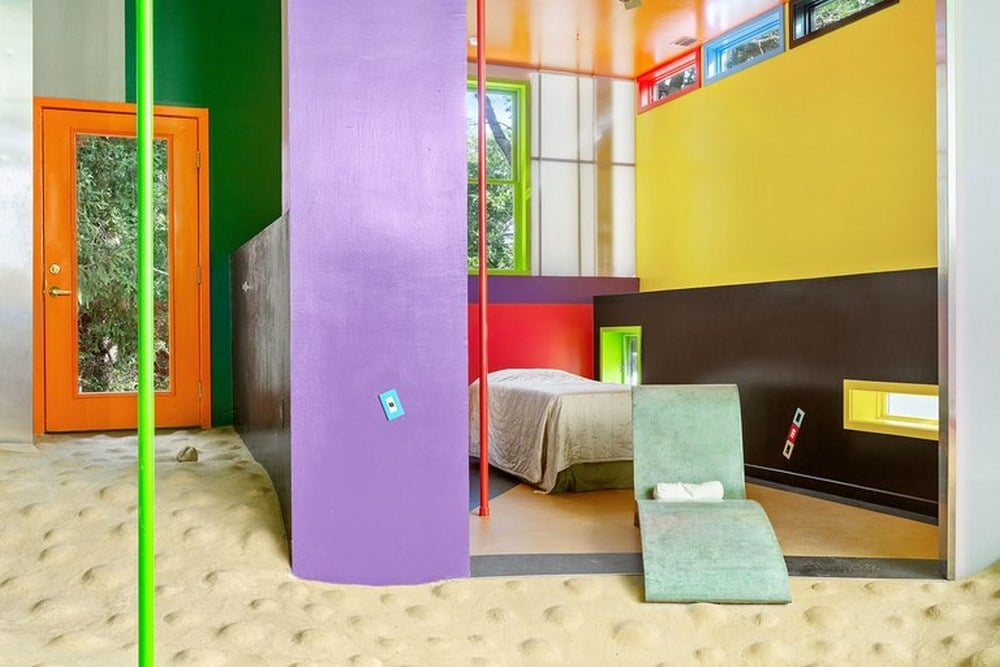 The lifespan extending villa, as it is also called is the dream child of famous artists Madeline Gins and the single-named Arakawa. It was designed by the duo back in 2008 and is located in the plush corners of East Hampton in New York. The ‘not-so-humble’ abode includes two houses with four bedrooms, two and a half baths, a studio/study room (or fifth bedroom), a traditional living room with a fireplace and a large, a country-styled kitchen, and a raised dining and work platform amongst other amenities. It boasts the use of 52 different colors and is rightly touted as a “singular, rare masterwork”. 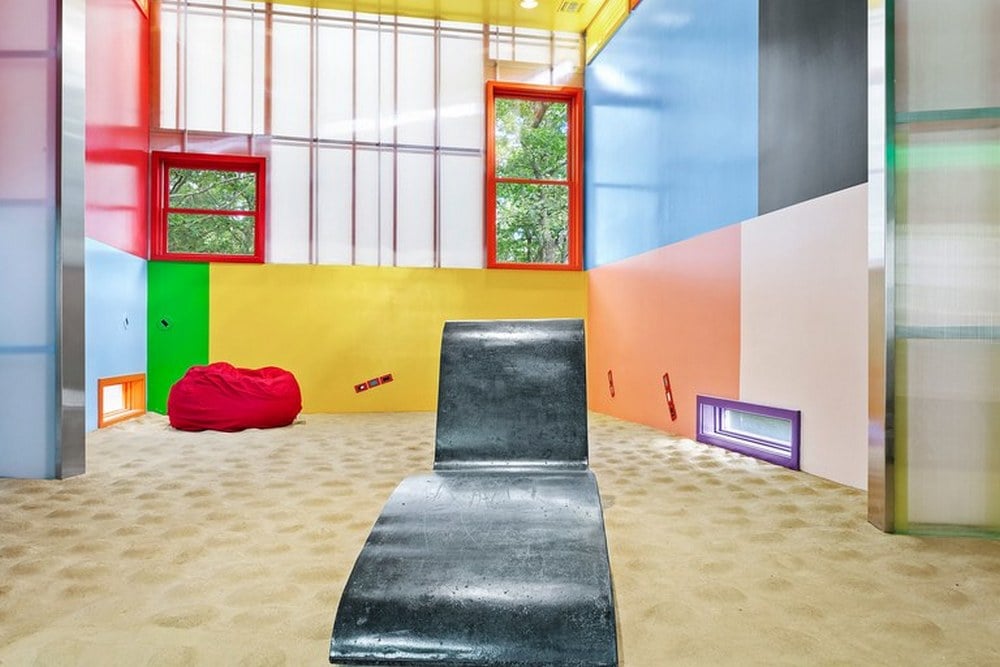 The highlight of the Bioscleave house is it’s undulating surfaces and its hilly, edged and sloping earth floors that are designed to make people ‘use their bodies in unexpected ways to maintain equilibrium and stimulate their immune systems’. Commenting on it’s unique architecture, Gins also stated, ““They ought to build hospitals like this.” The Bioscleave House is currently on the market with Brown Harris Stevens for the quoted price of $1,495,000. 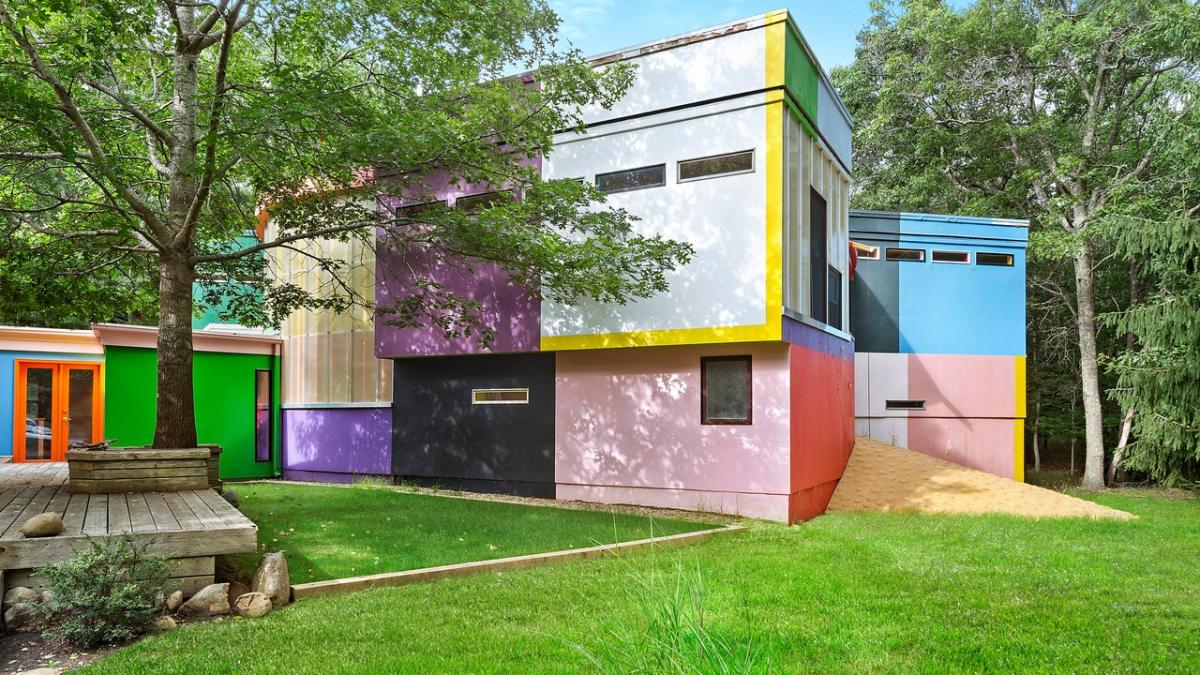 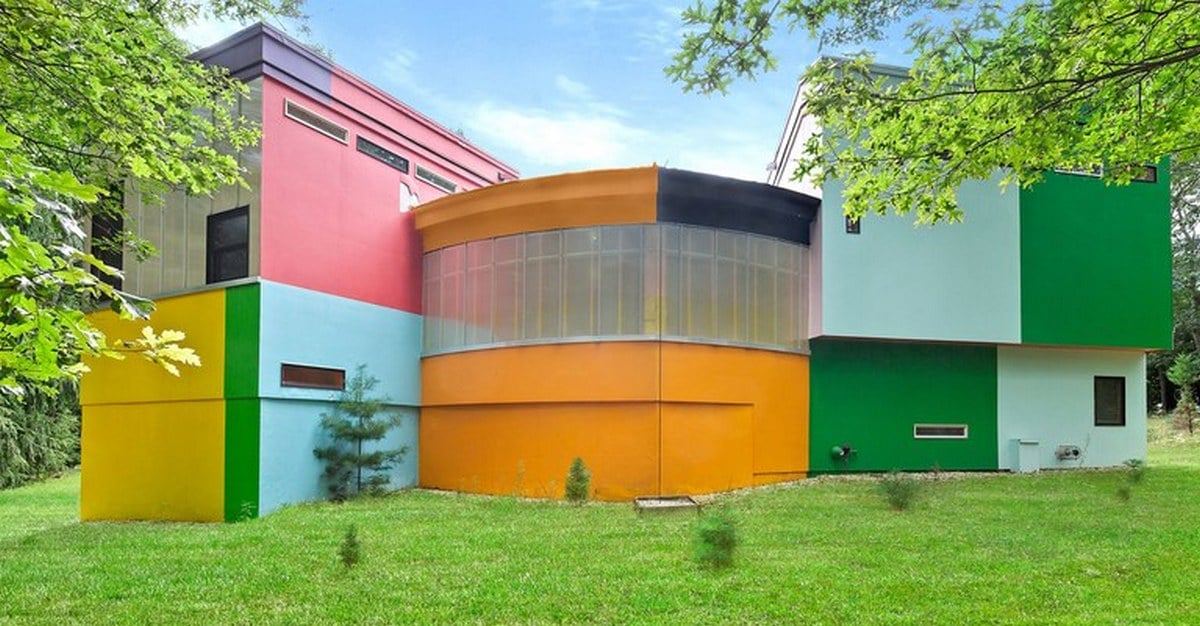