Melbourne is set to become home to a “super tall” skyscraper that will be the tallest in the south of the equator. The Victorian state government has finally given approval to a revised proposal for “Australia 108”, a 100-storey residential tower two years after the original design was scaled back. The 100-storey building at 70 Southbank Avenue, would no longer feature a hotel but will feature 1,105 apartments with a mix of one/ two and three bedroom apartments spread over 80 floors. 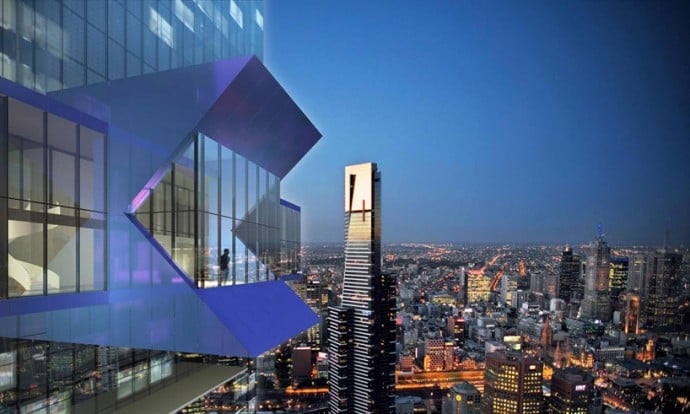 Australia 108 (319-metre) is relatively scaled down version of the original proposition of a 388-metre tower proposal that was rescinded due to CBD flight controls. Designed by Fender Katsalidis architects, the tower on its 70th and 71st level will contain luxury facilities that will be reserved for the exclusive use of residents, including two infinity pools, a library, fitness centers, club lounges and private dining areas. The building will also feature a podium-level car park, an in-house cinema and a 25-metre lap pool. 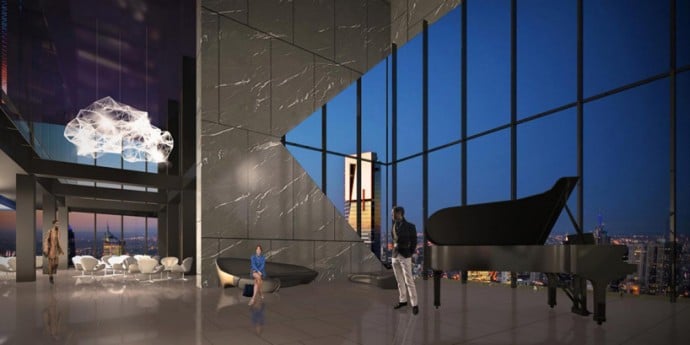 Besides the Melbourne’s tallest tower, the Government has also given its nod to a 75-storey building on Elizabeth Street and a 54-storey tower on Queensbridge Street in Southbank. 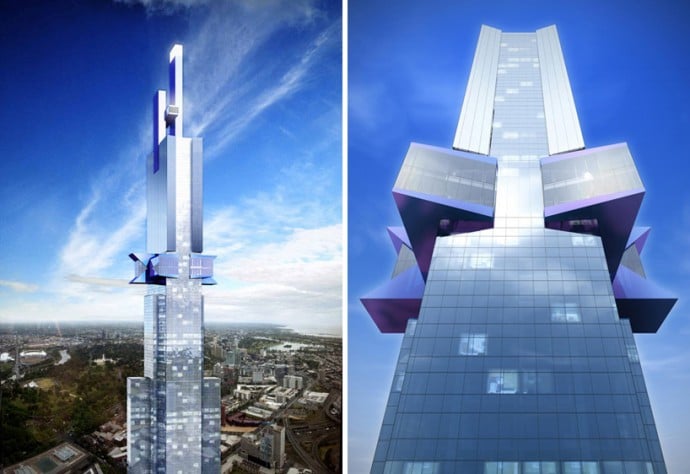 According to Infrastructure Minister Matthew Guy, the proposed building would create 5,800 construction jobs and once completed will be home to 4,000 people.

“Australia 108 will be the most striking building on Melbourne’s skyline and a great example of the strength of homegrown Melbourne architecture,” he said.

“These new buildings will cater for those choosing to live in our exciting, vibrant CBD area, which is fast on track to be the first true 24-hour central city in Australia,” he added.

Tags from the story
Australia, Worlds-Tallest