The design looks like a pair of ankles, bare of skin revealing tendon-like patterns. The graphic description is to highlight the prominence of Zaha Hadid’s style that she has proposed for a new project by Australian Developer Sunland Group in Australia’s Gold Coast. The twin towers is planned to be a part of the redevelopment of the Mariner’s Cove. Both will have 44 stories and will accommodate 370 apartments, a boutique hotel with 69 suites, an art gallery, a museum, an underground aquarium, restaurant, shops and several sculpture gardens. 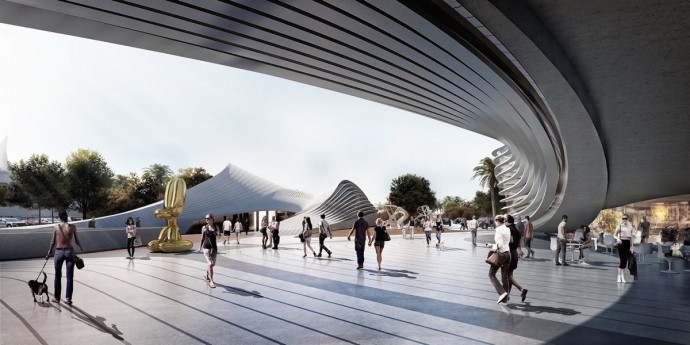 The most striking feature of the structure will be the use of curved glass raised over a curved podium. It reeks of art and style and hence the apt combination of a museum and gallery. Developers Sunland Group claims that the towers will be the city’s first privately-owned cultural precinct dedicated to the arts. A true-blood Zaha signature, that! Once approved the project, which will cost AU$600 million ($464 million) will be the Zaha’s second project in Australia, first in the neighbouring Brisbane.

Tags from the story
Australia, Zaha-Hadid