Would you like to live on the edge of the world? Well, giving you an experience close enough is this one-of-a-kind home that is situated on the tip of Western Australia, complete with panoramic views of the isolated Kimberley coastline.

Perched on the top of a prehistoric red cliff overlooking rolling turquoise waves, the Point House, as it is called, is touted to be the region’s ‘most unique’ piece of real estate, thanks to its breathtaking views and impressive architecture. 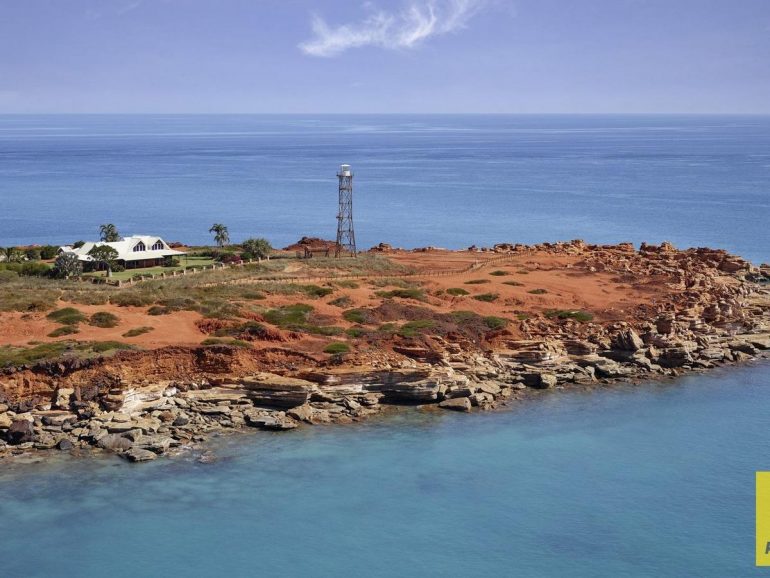 It is located on Broome’s Gantheaume Point, a destination that is best known for its spectacular sunsets and 130-million-year history that dates back to dinosaurs. The property has been built in 1996 on the foundations of an old lighthouse keeper’s cottage that became a nun’s retreat. 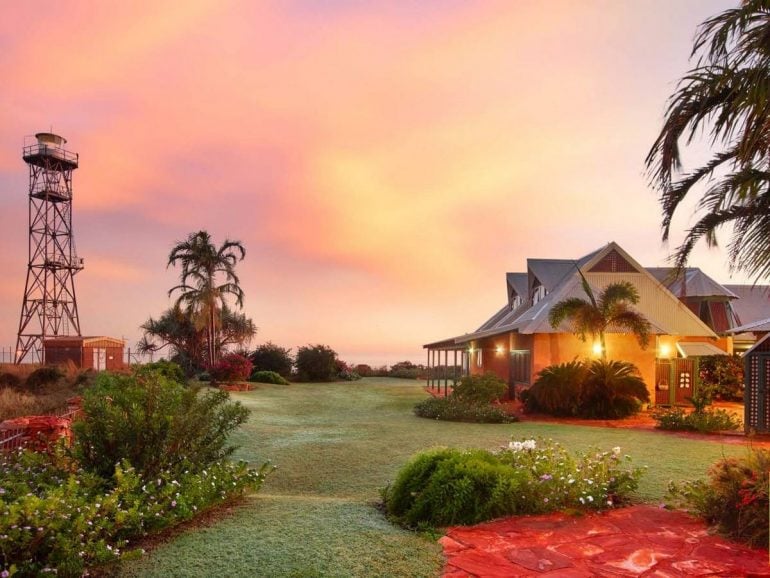 It was refurbished 25 years ago after a fire razed the house originally constructed there in 1970 and now comes with a living room with vaulted timber ceilings inspired by a cathedral and a north-facing verandah that captures stunning sunset views. 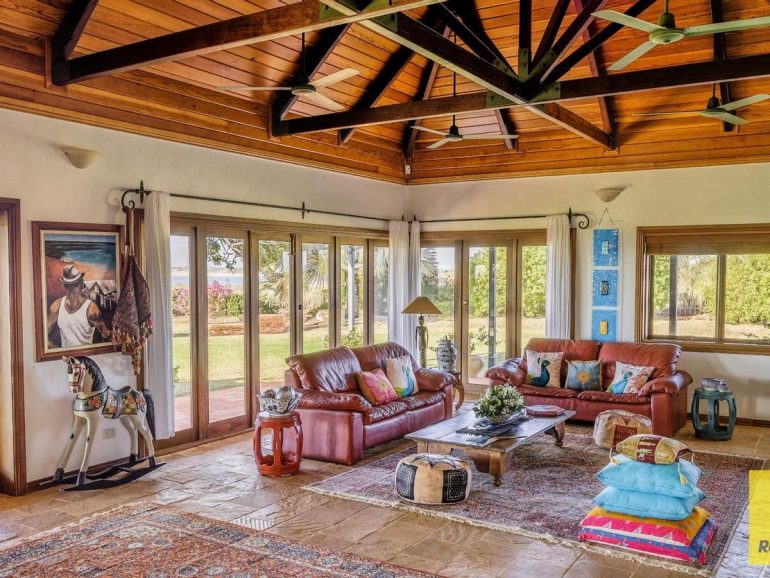 Complete with five bedrooms, the house boasts a sense of the ancient landscape inside along with a rustic charm of sorts. It is surrounded by rich, orange sand, coarse bush grass, and jagged chunks of sandstone rock. 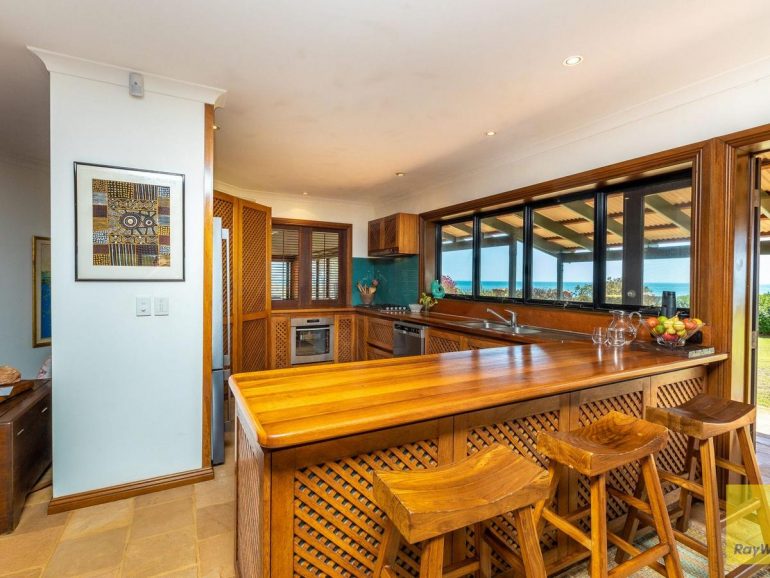 To complement its natural aura, the owners have even used pindan clay sand native to the Kimberley region to color the exterior walls. It’s no wonder the home is called a ‘real standout’ that is incomparable to any other house in the area. 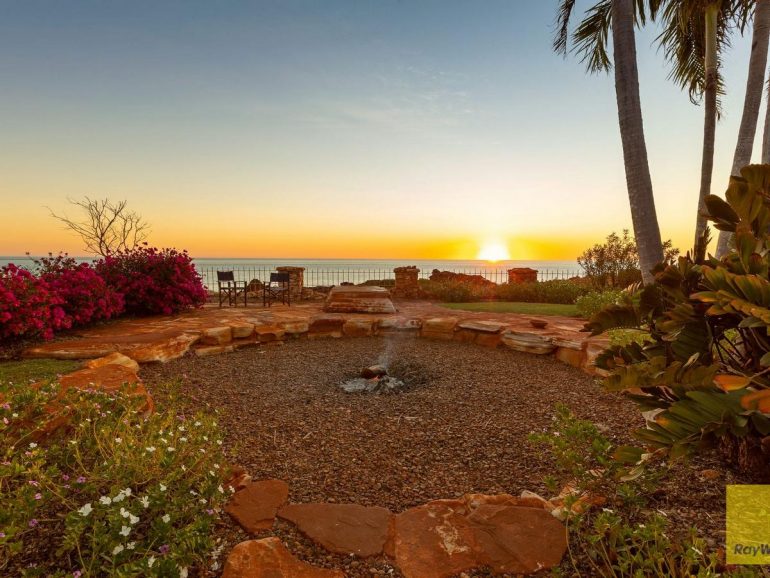 Currently listed with Caro Cunningham, who is overseeing the sale for real estate agency Ray White, the house, in the words of the estate agent, is ‘one of the most iconic on the West Australian coastline.’ It has appeared on the market for the very first time and also includes a garden with a sun terrace and an enormous firepit.