Would you dare stay in a house built atop solidified lava? Well, for those daring enough to do so, US studio De Reus Architects has built a lavish villa that is so situated and offers residents sweeping views of the leeward side of Hawaii’s Big Island. 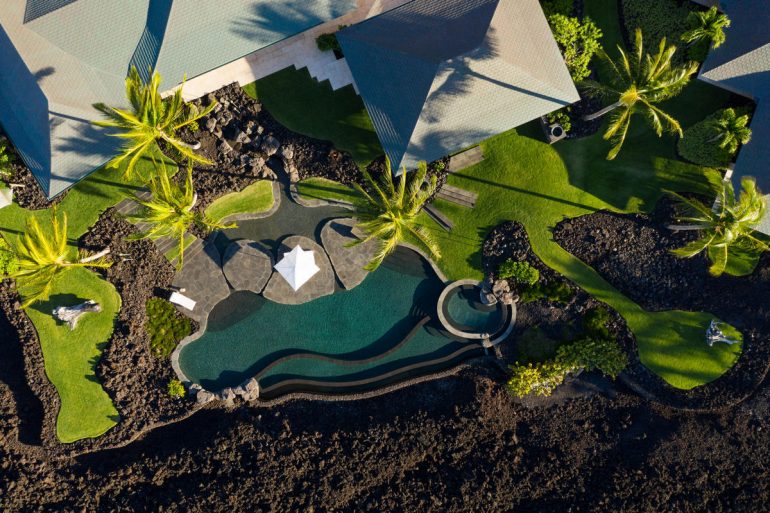 Called the Kohala Coast residence, the property comprises a cluster of small buildings and is named after the area in which it’s located. It is constructed on an expanse of blackened igneous rocks, which are formed when lava solidifies into stone. 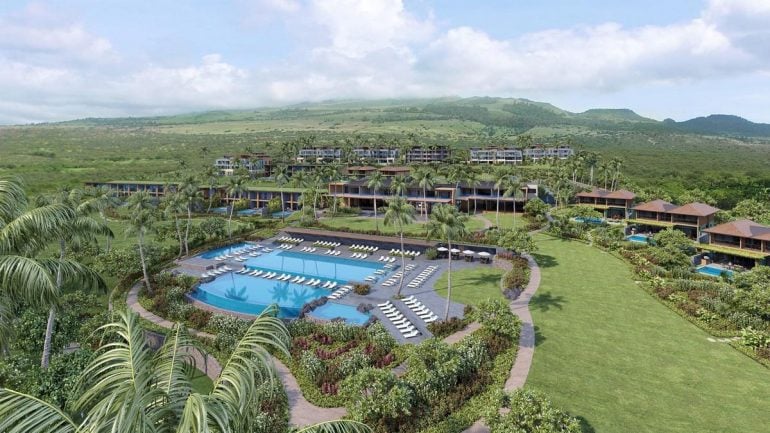 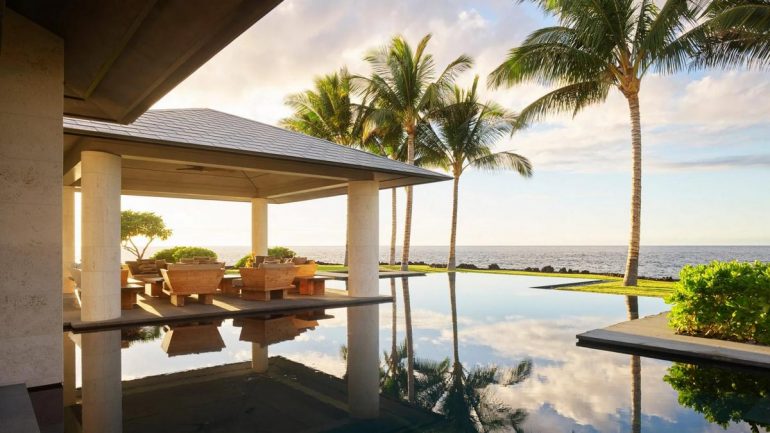 Commenting on it, De Reus Architects, in a statement, said, “The residence was designed as a modern interpretation of indigenous island architecture and a way to connect the occupants to nature, the region, and its culture.” 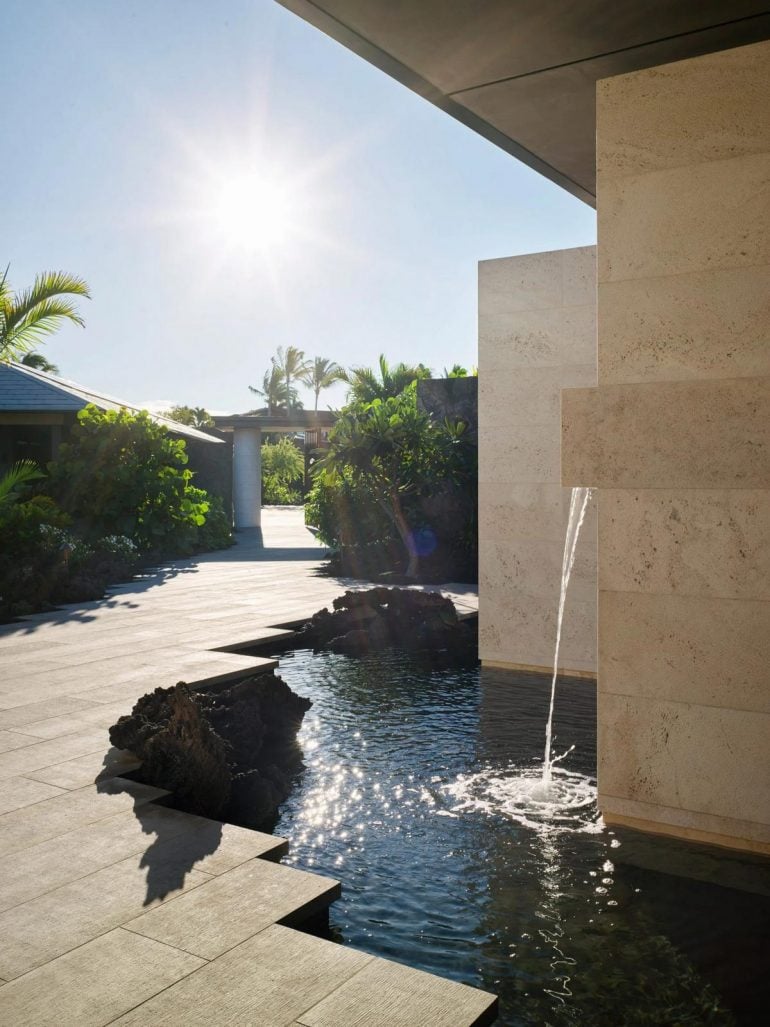 The firm further noted, “The home is organized as a series of interlocking yet separate hale (pavilions), with the resulting spaces between the hale becoming as important to the experience as the hale themselves.” 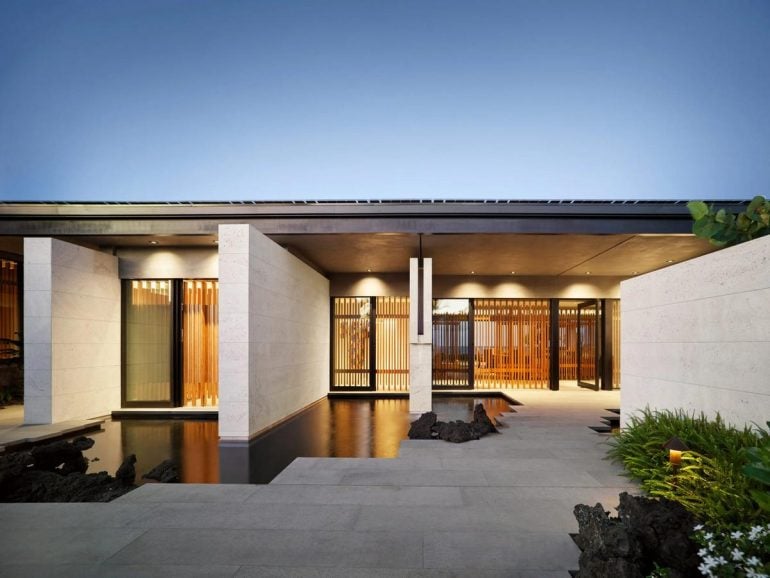 Touted as “tropical minimalism,” the home’s interiors are mostly done up in a muted palette of natural wood and light stone finishes by Phillpotts interiors, a firm based in Honolulu. And as a cherry on the cake, guests can enjoy views of the Pacific Ocean from across the villa and glance over it all day long! 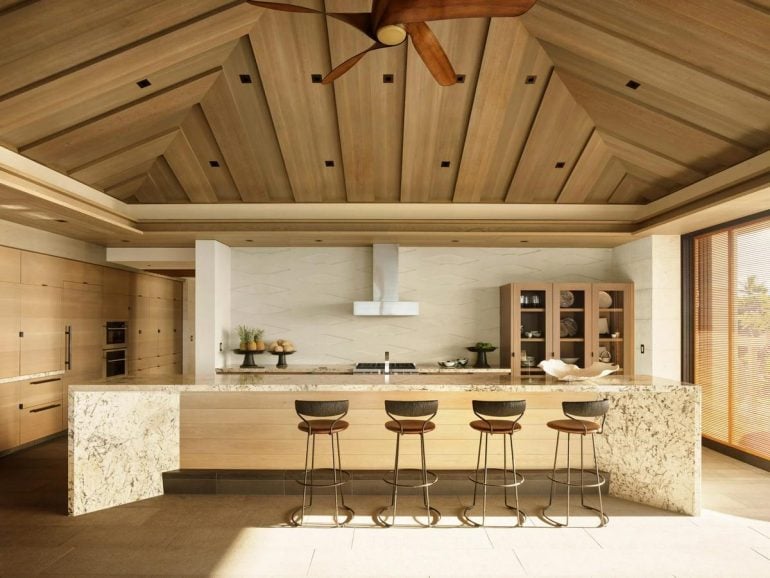 A home in the heavens, we say!

Tags from the story
Hawaii, Villa