If you think only you are struggling to sell your property during this tough credit crunch, think again. Even the richest man of Britain has found no success in finding a buyer for his luxurious property. Steel magnate Lakshmi Mittal is now looking to rent his property after failing to sell it. The lush property known as Summer Palace is located in Hampstead, North London, and was valued at £40 million ($65.5 million) before the credit crunch hit. A home fit for a king, it boasts of 11 bedrooms, 12 bathrooms, and six reception rooms, a glass lift to a swimming pool, Jacuzzi, and steam room! Mr. Mittal had purchased this lovely abode in 1996 for £6.75million. Since he had relocated to Kensington, West London, in 2004, he is looking to sell off the lovely Summer Palace. But due to the credit crunch, he has put all plans on hold and is now offering it on rent instead. According to Trevor Abrahmsohn of Glentree Estates estimates, the Summer Palace could yield up to £10,000 ($16,300) a week!

We are sure if Mr. Mittal manages to earn £10,000 ($16,300) per week in the form of rent, he might just abandon all plans for selling the property. So, do we have any prospective tenants for this lush residence? 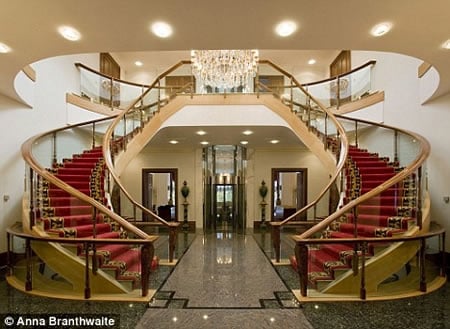