What would you do if you were feeling homesick? Probably look at old pictures or make that special soup your mom always cooked for you. But not Mr. Safi Qurashi. The Dubai based businessman missed his hometown so much that he finally purchased its replica! Yes, the guy bought himself the Great Britain Island for a whopping £43 million ($59 million). The island is a part of the amazing “world,” a human-made archipelago off the coast of Dubai, where each piece of land represents a different country, state, or city. Mr. Qurashi enjoys a millionaire lifestyle as one of the Gulf state’s most successful property developers but always cherishes memories of Balham’s streets where he grew up. Mr. Quarashi is all set to convert this newly acquired piece of land into a place for people of all classes by importing architectural styles from home and even building a traditional London pub replica. The millionaire whose company, Premier Real Estate Bureau, turned over £400million last year and employs 80 staff, has also bought Moscow’s island.

With the pace that he is going, don’t be surprised if Mr. Qurashi takes over the entire “world”! 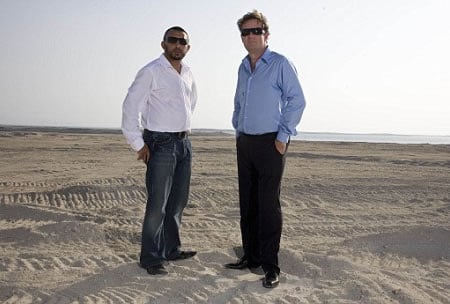 Tags from the story
Dubai, UK