The Gundam-themed suite at the Grand Pacific Le Daiba hotel in Odaiba, Tokyo, has grabbed a lot of attention from fans of the franchise, world over. Complete with just enough Gundam merchandise to keep you up at night, the suite is intricately designed to ensure it remains functional and is a complete treat to the eyes. The suite is separated into two rooms, with one themed for Char and the Principality of Zeon and the other themed for Amuro and the Earth Federation. Each of these rooms sticks to their themes, with wall murals, figurines and other paraphernalia. Here’s a quick walk around the Gundam suite at the Grand Pacific Le Daiba hotel! 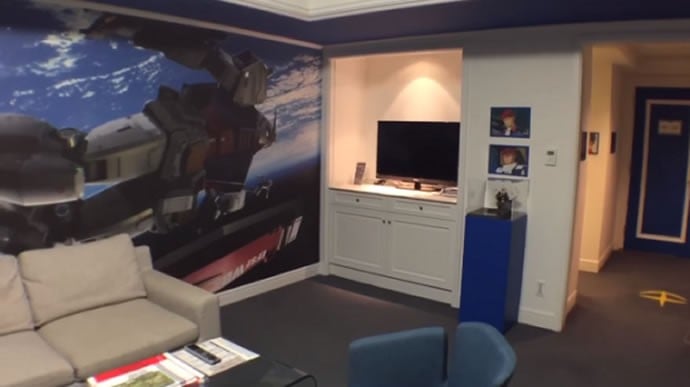 The living room, or lounge, is themed after the Earth Federation and Amuro and sports a mural from the Gundam attraction and DiverCity. Encased nearby is a Gunpla figurine of the Gundam Amuro pilots in har’s Counterattack. 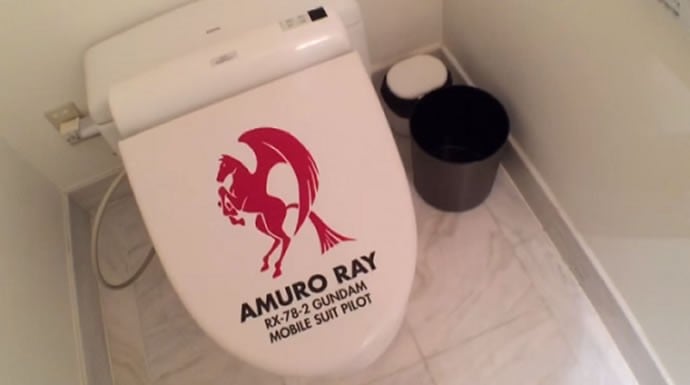 The toilet hasn’t been left out either. This one comes with Gundam-themed visuals and can survive the biggest attacks. 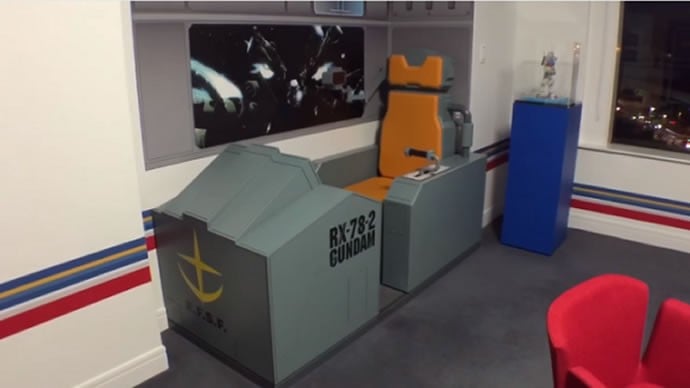 Perhaps one of the coolest additions to the suite is the RX-78-2 cockpit that you can sit in. Sporting lights and sounds as well as buttons that you can play around with, this model cockpit will let you roam the streets of Japan, as long as your imagination is running on overdrive. 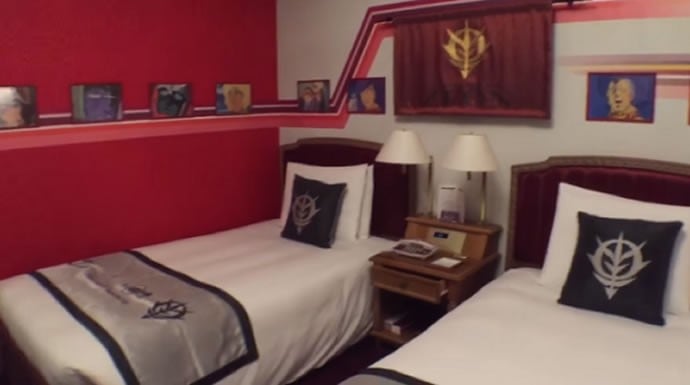 The bedroom is dedicated to Char and the Principality of Zeon and sports two single beds, which may leave Gundam-loving couples disappointed. But then again, with a room full of Gundam-themed treats, who’s got time for love?

Tags from the story
Gundam, Suites