If you’re a true , Star Wars fan, having a home inspired by the series would be no less than a dream! And providing you a chance close enough to that is a Los Angeles mansion that features a dedicated Star Wars-inspired basement stalked with life-size figures of Death Vader and Yoda. Yes, that’s right! 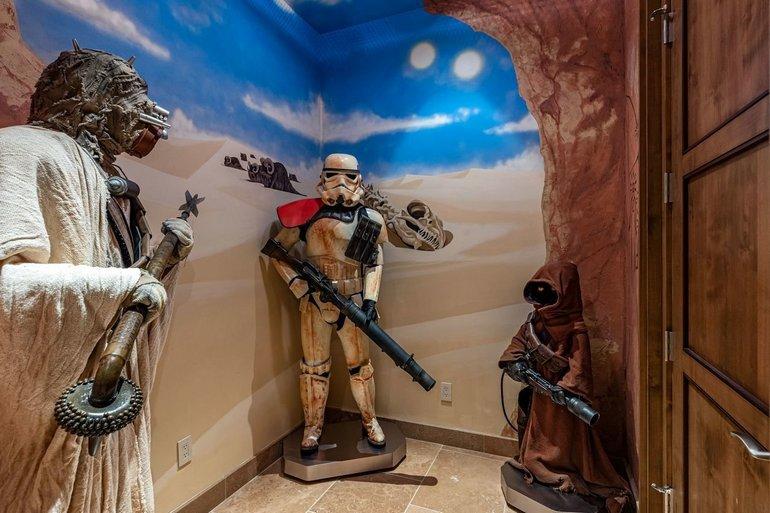 Equipped to look like a galaxy far, far away, space is designed to make guests feel like they are emerging out of a cave and onto the desert planet Tatooine, depicted in the series. 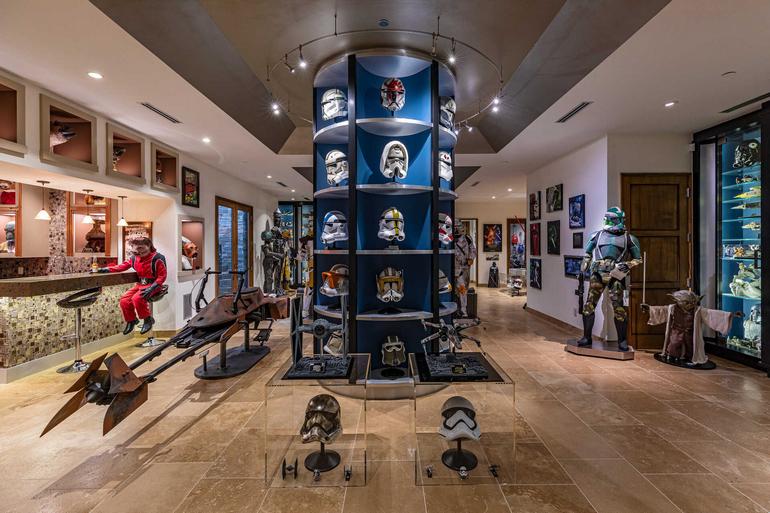 It further features custom-built replicas (in place of props) such as Greedo depicted with a pistol in the right corner near the bar and two other figures – a Bith musician from the cantina’s band on the left and Sutton, or “Snaggletooth,” on the left drinking a Corona beer. 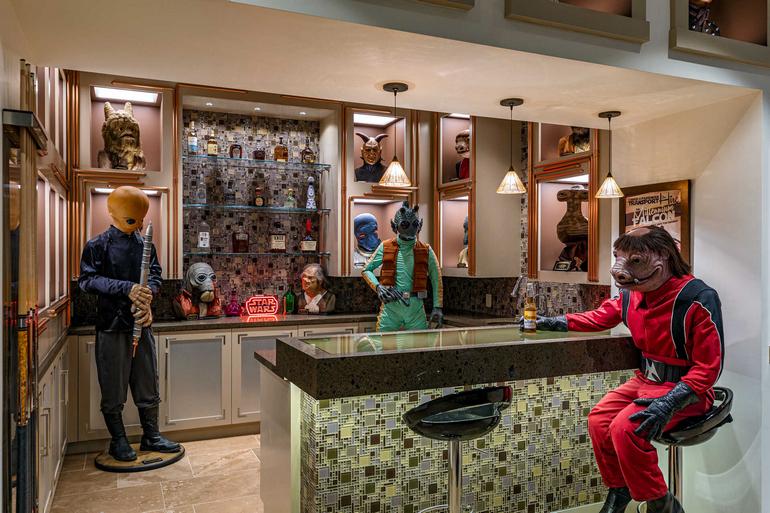 Other impressive installations include – a replica of an X-Wing fighter hanging over the lounge area and figures of Luke Skywalker and R2-D2 perched in the cockpit. It further houses a movie theater with multiple leather seats and a figure of a Hans Solo frozen in carbonite at the rear-end of the hall. 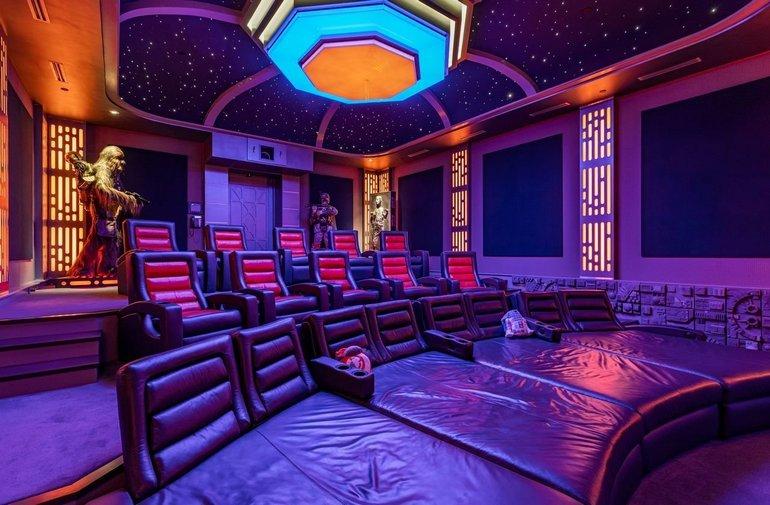 While the mansion costs $26.5 million, the basement along with the private collection (of over 40 life-size figures and a number of cartoon-ish tableaus from the movies) can be bought for an additional undisclosed sum. Fancy purchasing this eclectic home?