Just what do celebrities do with all their riches aside from traveling to exotic locations, designer clothing, and the odd private jet? Buy lavish homes with outrageous extensions and some of the best views in the world, of course. Join us as we take a look through some of the world’s most private and exclusive keyholes. 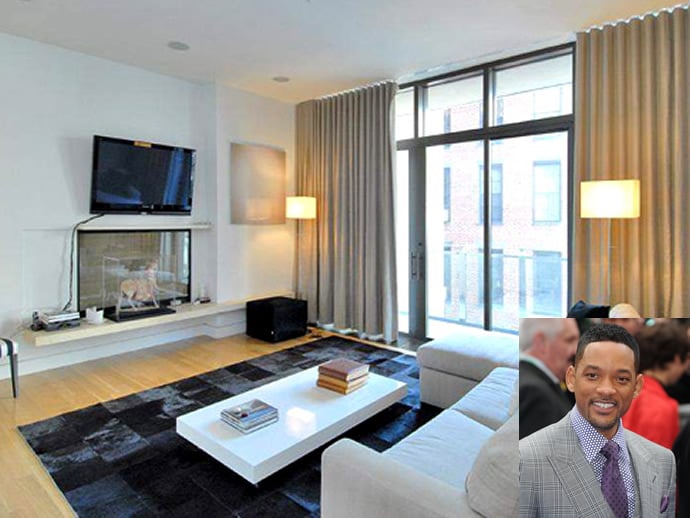 Will Smith
There’s no doubt the likable Men in Black star can afford the finer things in life, but surely even Smith winced upon first hearing the monthly rent rate at his current digs in New York City. His fourth-floor pad in Bond Street, NYC, was reportedly once asking for $55,000 a month! Thankfully, the generous amenities just about justify the hefty price tag – the apartment covers a jaw-dropping 7,326 square feet and consists of 5 bedrooms, 6 bathrooms, and a gallery-length living area. Enough space to rehearse his own stunt scenes or car chases if he so wished. 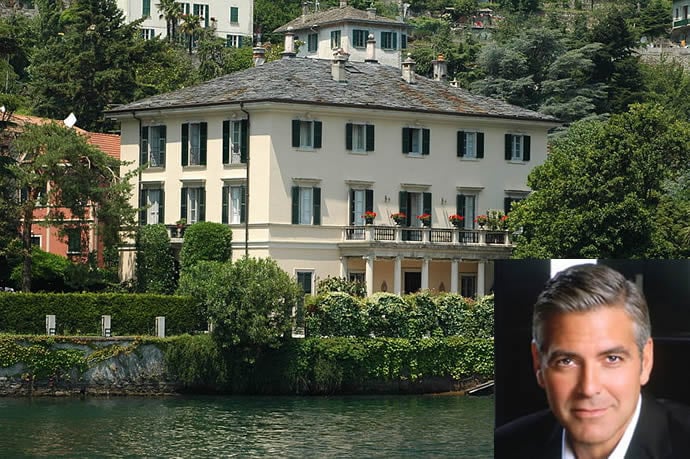 George Clooney
When the Hollywood heartthrob isn’t attending press events or filming the latest blockbuster, he’s leading a fairly quiet life in his chic Italian villa – and who could blame him. The $10 million villas are situated in the beautiful rustic town of Laglio, populated by only 930 people. Talk about peace and quiet! Clooney’s villa also boasts a swimming pool, fully equipped gym, and tennis courts surrounded by immaculately manicured gardens. 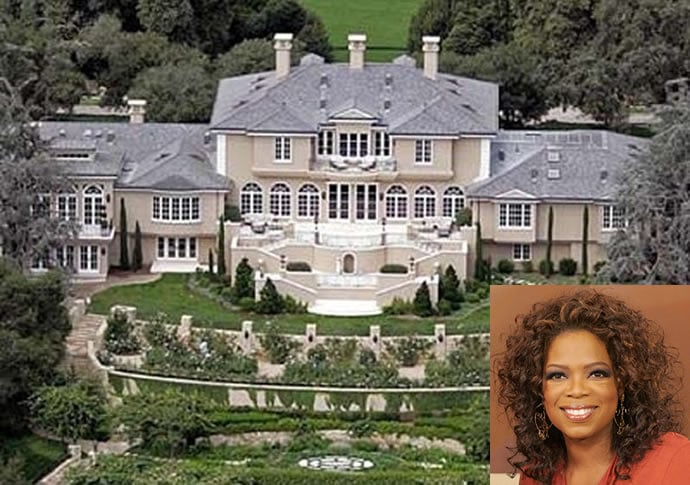 Oprah Winfrey
With its vast looming structure and gigantic fountain, Oprah Winfrey’s Californian estate is akin to the Whitehouse (albeit a pinker, more feminine version). America’s favorite talk show host certainly knows how to live luxuriously, adding her own personal touch to an already impressive 42-acre pad by installing a home cinema, a man-made lake filled with exotic fish, and a grand total of 14 bathrooms. Presumably a toilet for each unfortunate fish, then? 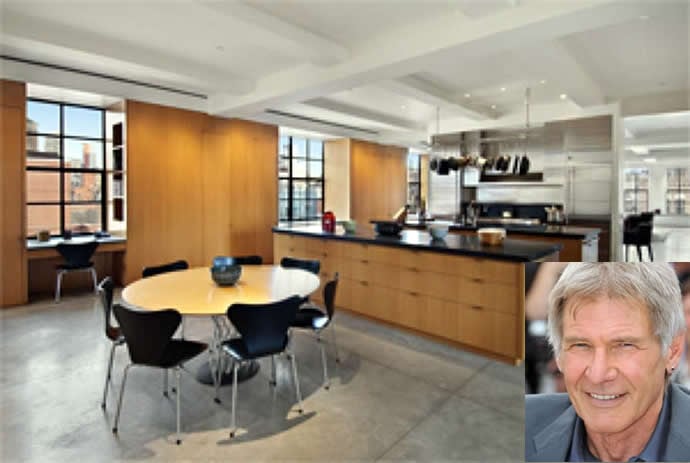 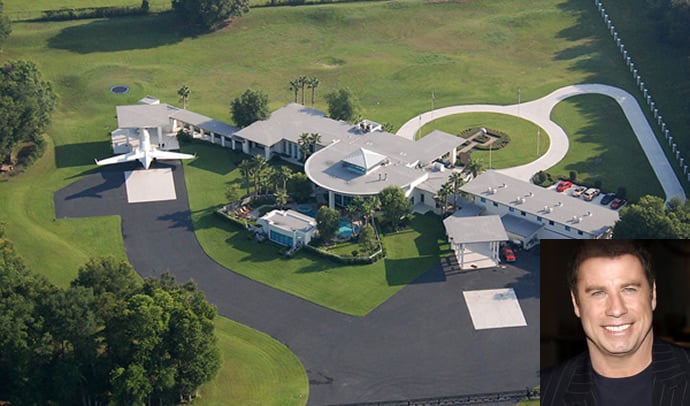 John Travolta
The Saturday Night Fever star and fully licensed pilot now spends most of his downtime in his $2.5 million Florida mansion. Not content with a modest parking space for both his private Boeing 707 and Gulfstream jet, Travolta has extended his backyard to create his own personal runway. He also houses his collection of 15 cars in several smaller garages, prompting neighbors to affectionately nickname the mansion ‘Jumbolair.’

As green-eyed as the home life of a celebrity makes us, we’re not entirely shut out from experiencing the finer things in life. Sometimes, life calls for a bit of extravagance and sophistication, and whether you are dreaming of the perfect wedding venue or simply want to surprise a loved one with a once in a lifetime anniversary getaway, you can fail to do better with a stay in one of the world’s most exclusive Kempinski luxury hotels. Taste the A-list lifestyle if only for a brief time and escape to some of the world’s most enchanting destinations.

Tags from the story
Apartment

The world’s first NFT restaurant is all set to open in upstate New York. You…