Advertising is probably what gets any business ahead in the competitive times of today. But whether it gets you there the wrong way or right is a huge ball game altogether! One such example of a marketing stunt gone terribly wrong is this real estate ad that recently gained traction on the internet for reasons that probably have nothing to do with selling a house! 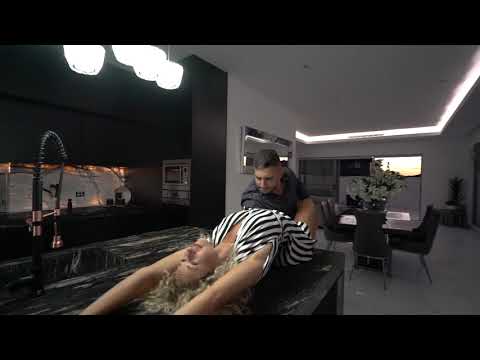 Created for real estate firm – LJ Hooker Bankstown, the hilarious ad shows a couple dancing across the property while crawling through the kitchen benchtop, swimming awkwardly in the pool and finally making way to their bedroom – all with an over-the-top loud number playing in the background. The cinematic offering attempts to sell a four-bedroom house in Padstow and is a classic creation by the real estate agent – Sam Nader. Although the video went viral, it has received more flak than praise and has also been pulled down by the firm with a formal apology.

In defending his work, Nader, however, said – “Video gets the attraction to the property, and the whole point of real estate is to get as many eyes as possible on the property. It was supposed to be funny. Whether it’s funny, it’s rude or it’s sexy, every video I do is different.” Our reaction though matches that of a Twitter user who righty exclaimed – “Show me something so breathtakingly horrific that it borders on art.” Watch it for yourself to know!

Tags from the story
Australia, Video