Miami’s real estate is going to get the coolest structure in town; or probably even the world! The Royal Villa, Miami – as the project is called – is definitely fit for royalty. The project is the brainchild of Dmitriy Kuznetsov, a Ukrainian architect. The model is designed to be built on the banks of some water body, maybe the bay area or the channel; but what’s fascinating is the mid-air glass deck on the upper level that is ‘suspended’ over the water. The entire structure is envisioned in glass, to give the house ample of natural light. The structure design itself is to be marveled at for its prow like structure. It looks like it would have at least 3 levels and a large exterior deck. 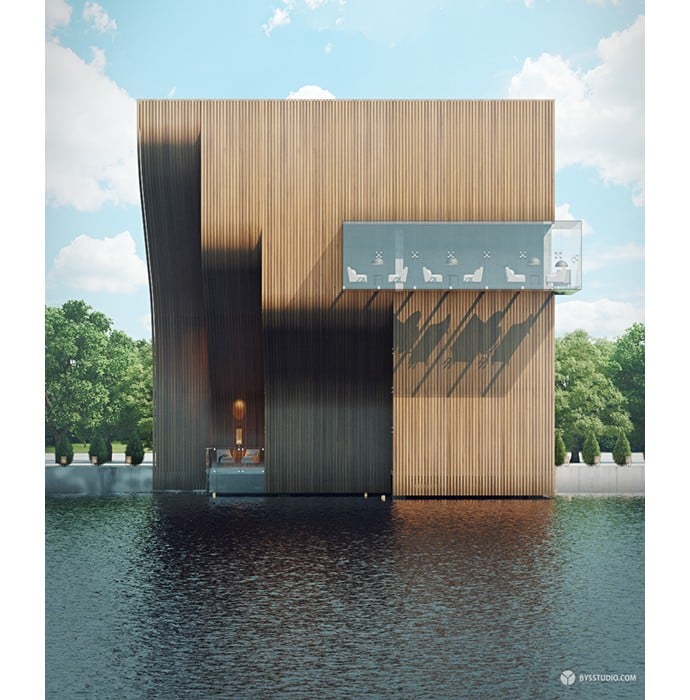 The boldness of the glass and shape give is a modern, chic aura; seems to be the beacon of futuristic design and elegance. We cannot stop our brains from working on the interior décor possibilities, like as though we’re its future tenants! 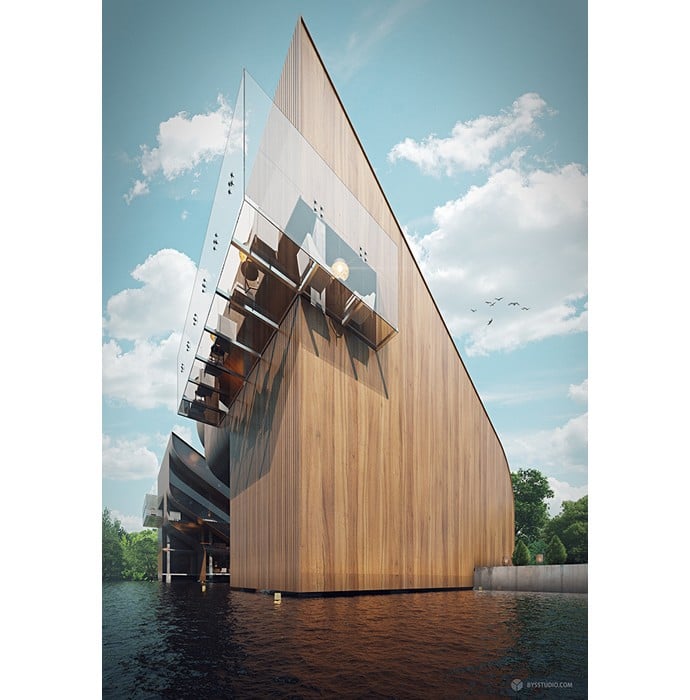