There’s a new kid on the block, and she’s stunning. As the second InterContinental property in Singapore, the InterContinental Singapore Robertson Quay is the more modern and quintessentially urban sister of the two, thanks to its waterfront address and sleek yet sensual interiors.

Having just opened its doors in October, the upscale hotel is the newest addition to one of my favourite neighbourhoods in the city. There’s also a pool, lobby lounge, fitness studio, event and business facilities, as well as the Italian-inspired Publico restaurant and bar in the building.

Home to several of my preferred F&B establishments, Robertson Quay has become one of the most exciting and bustling nightlife destinations that both locals and tourists favour. It also happens to sit adjacent to the Singapore River, juxtaposing the vibrancy and energy of the people and place with a sense of serenity and tranquillity.

So it follows then that after months of visually tracking the property’s renovations each time I went past — the hotel’s dark and mysterious façade of vertical sunscreens and geometrical accents teasing onlookers of what lay behind its faded black curtain wall — I was excited to check-in and check out this new gem.

“The hotel’s dark and mysterious façade of vertical sunscreens and geometrical accents teased onlookers of what lay behind its faded black curtain wall.”

With 225 residential-inspired studios and suites, I set up my home for the night on the 10th and top floor in one of the Club InterContinental Studio rooms. Though intimately sized, it was contrasted with tall windows that welcomed natural light, expansive mirrors and cleverly appointed furnishings that maximised every square metre.

The aesthetics were simple and straightforward, with clean, black lines accenting everything from the bedspread, to the bathroom mirrors and sliding doors. Shades of colour were stylishly showcased with brown leather accoutrements, gleaming white surfaces and plush purple wall covers. 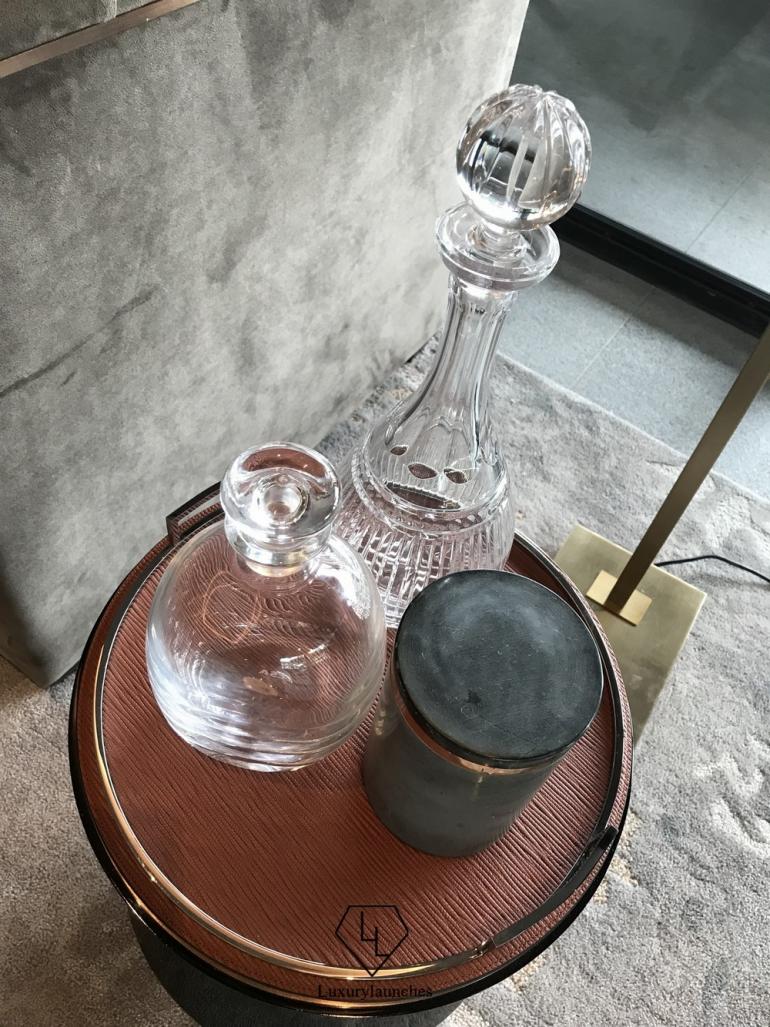 There were decorative touches and things littered across the studio that I appreciated, too. Like a seating alcove by the window that served as a workspace but was replaced with a round coffee table instead of a desk, and an accompanying cushioned seat as an extension of the wall instead of a chair. A sizeable marble cupboard sat lowly between the bed and bathroom spaces, serving both as a room divider of some sort, as well as a convenient surface to put my bags, bits and bobs. 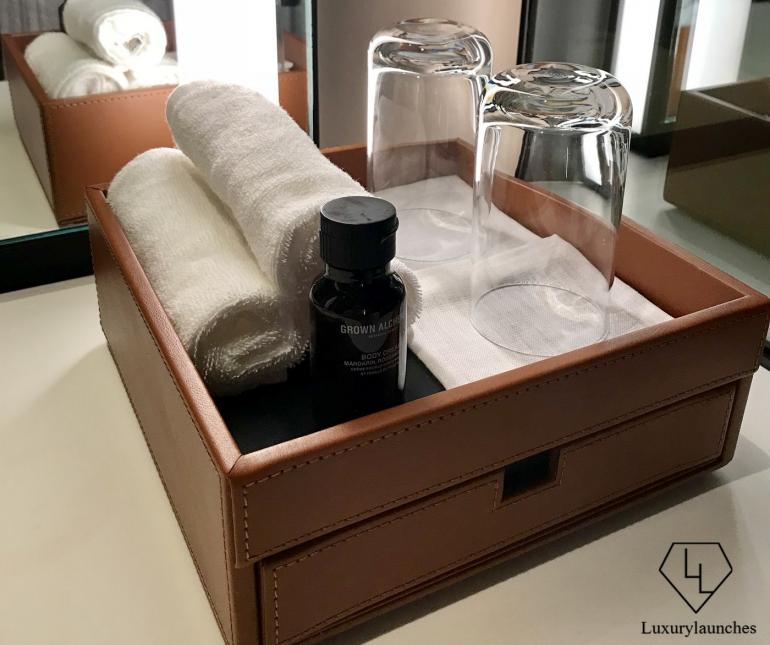 “The Club InterContinental Studio room is an intimately sized space that was, however, contrasted with tall windows that welcomed natural light, expansive mirrors and cleverly appointed furnishings that maximised every square metre.”

As with most of my hotel stays, the bathroom was my favourite space. Complete with Grown Alchemist amenities, the shower area was encased in a tinted floor-to-ceiling glass casing that blended beautifully between the entrance of the room and the sink. Inside, a table surface sandwiched in a nook in the wall stretched out in place of a conventional soap shelf. Delighting in the fact that every piece of furniture and detail was shiny and new, it felt nice and natural to spend as much time as I could in the room.

My accommodation also granted me access to the 24-hour Club InterContinental Lounge, where I took my breakfast at the next morning on its outdoor terrace. I’d been given the option of having my toast and tea at Publico’s deli too, but seeing as I could pop by the restaurant anytime after, I chose to stay in — or should I say, home.

Note– The critic was invited by the InterContinental Singapore Robertson Quay. But all the opinions expressed herewith are her own.