Mercedes-Maybach Pullman
The name Mercedes-Benz is synonymous with luxury and the Maybach line is at the very top of the Mercedes pyramid. The Mercedes-Maybach Pullman sets the standard of luxury for all automotive designs of any brand. The Pullman has a longer wheel-base than even the best Rolls-Royce designs and includes an interior that is graced with leather upholstery. This is luxury at its finest and has a suggested MSRP starting somewhere in the $500k range.
Jaguar F-Pace
Even with the F-Pace being Jaguar’s first SUV model, they came out swinging with an incredibly luxurious model. The Jaguar F-Pace features an inline-4 cylinder engine with an 8-speed automatic transmission. The F-Pace gives you plenty of power with classy styling and an MSRP that starts around the $40,000 range.
Maserati Alfieri
The name Maserati is known for exquisite styling and great engineering. The new Maserati Alfieri is an enhanced version of the European model that includes a turbocharged V8 engine and an E-boost system that gives the new vehicle plenty of power and performance. The Maserati Alfieri has a suggested MSRP around the $75,000 range. 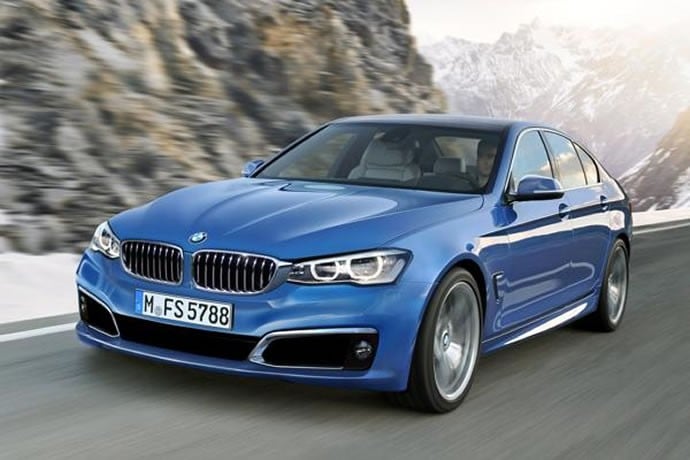 
Audi TT Sportback
Audi refuses to be left out in the luxury vehicle race and has enhanced its sporty styling to feature the Audi TT Sportback. Powered with a small, but powerful four-cylinder 2.0 liter turbo-charged engine that packs an incredible 400 horsepower. The suggested MSRP for the new Audi TT sportback is around the $45,000 range.

This is by no means a complete list of the most anticipated luxury vehicles. You may have others that you would place on the list. What vehicles would you include and what kind of features do you see being included in future luxury vehicles?

About Matthew Young –
Matthew Young is a Boston based writer and passionate blogger. Matthew loves to report on everything automotive, be it trucks, sportscars or classics. When he is not writing he can usually be seen driving his green 1995 Ford Mustang.
You can tweet him @mattbeardyoung.