It seemed like a long wait, but looking at the first flush of details that emerged from Audi’s house on its limited-edition car after its sketch released in April, the excitement was well contained. Audi has now made things official and released full details of its new V10-powered convertible.

A lightweight version of Audi R8 GT Coupe, thanks to carbon fiber reinforced plastic making up much of the car’s body, the 2012 Audi R8 GT Spyder boasts of the dual-lip front spoiler, carbon fiber winglets on the front bumper, round tailpipes, a larger rear diffuser, and dark LED taillights. And, with a 5.2-liter V10 producing 560 horsepower and 398 pound-feet of torque, it claims to go from 0-100 kilometer per hour in just 3.8 seconds!
Made in limited run of 333 units, it is listed with a base price of 207,800 Euros ($304,000) in Germany. Keen buyers in US have to wait as pricing of the 2012 Audi R8 GT Spyder is not yet announced in their part part of the globe. 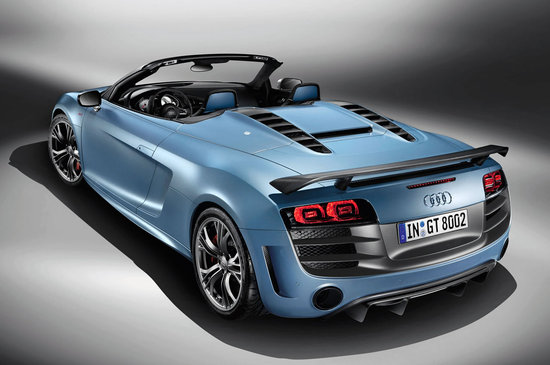 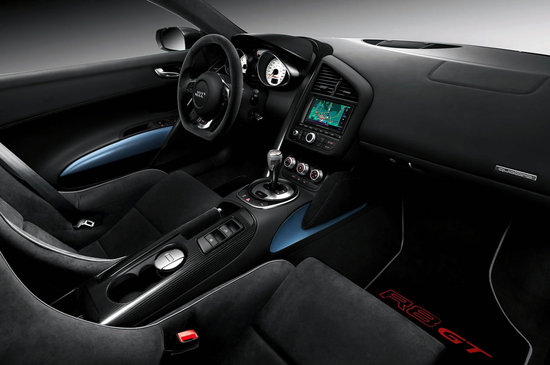