And now Bentley can proudly stake claim not just on the roads but also as a piece of the sky! The 2013 version of the stunning car comes with a twelve-cylinder engine that is 55 pounds lighter, giving the vehicle 40-percent better fuel economy. The car can go from 0-60mph in 4.6 seconds. Bentley flew its new Continental GT V8 over Munich through a special SkyLounge which was placed in a glazed bridge between two skyscrapers to show off its power.

The exclusive launch party happened in BMW’s hometown. Klaus Becker, GM for Bentley Munich, said, “A dramatic car got the debut we felt it deserved, and we took a little bit of our inspiration from Bentley’s iconic ‘Winged B’ emblem. On a practical level, the helicopter was the fastest way to get to the rooftop podium.” 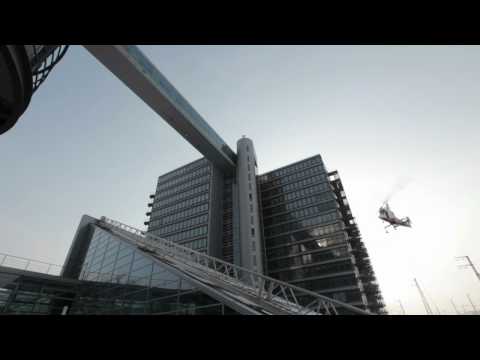