The all-new 2013 SL crafted entirely from aluminum and weighing as much as 308 pounds less than its predecessor is the latest sporty offering from Mercedes Benz this festive season. It is power-packed with many new features like the direct injection engine, for economic viability and a unique FrontBass system, for better sound. For the first time, an all-aluminum bodyshell has been implemented in a series-production model. The designers have even used lighter magnesium for the cover panel behind the fuel tank and roof. And we think it’s just brilliant that the SL550 takes just 4.5 seconds from 0 to 60 mph.

The new SL is available with two different suspension systems – with the Agility Control Suspension as standard equipment, whereas the ABC (Active Body Control) suspension system is optional. For easily maneuvering that car into any parking space, the suspension variants have been combined with a new electromechanical Direct-Steer system featuring speed-sensitive power steering along with the Active Parking Assist. The new V8 in the SL550 develops 429 hp from its displacement of 4663 cc. Compared with the older models, the new-generation SL is much longer (+1.97 inches) and wider (+2.24 inches), with additional shoulder and elbow room. With a suave retractable hardtop, your ride can be easily converted from coupe to roadster and back again in a matter of seconds.
For safety, this Sportster is equipped with Bi-xenon headlamps that come with active curve illumination and corner illuminating lamps, and Adaptive Highbeam Assist. There are some awesome systems in place like a drowsiness detection system, an adaptive brake, acceleration skid control (ASR), and active yaw control that take care of all the passengers’ safety issues in the vehicle. Other than safety, entertainment and convenience have also been given due importance in the SL. The majestic roadster comes equipped with internet access, a DVD changer, and a high-resolution 7-inch TFT color display.
The 2013 SL550 will be available in U.S. showrooms this spring. To coincide with the launch of the 2013 SL, Mercedes-Benz will also be offering a special-edition model, the “Edition 1″, for a limited period. 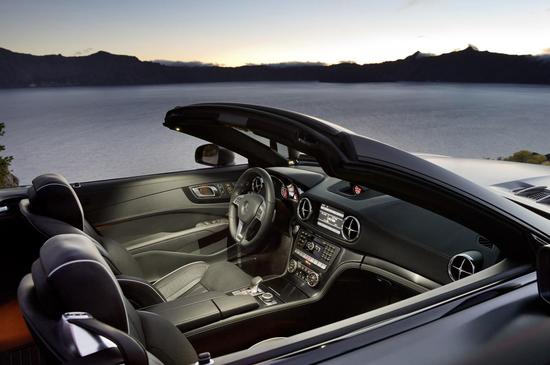 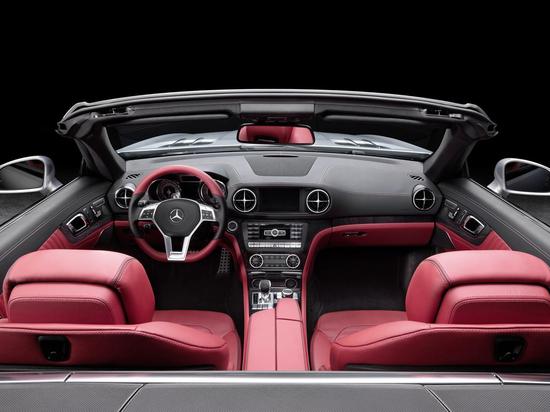 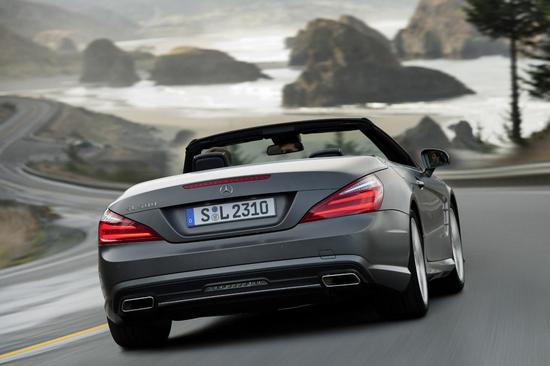