Last year at the Los Angeles Motor Show, Ohio-based coach builder, Airstream, introduced the 2014 model year Interstate touring coach which features substantial upgrades from the 2013 model and comes loaded with a host of new additions including collision warning system, lane-keeping alert and parking sensors. The company, in the middle of the year, has come up with another model that joins their current touring couch lineup, dubbed the new Interstate Grand Tour. Replete with plenty of counter space, storage, and a workspace and optional screen doors, this particular model promises tons of space to please the discerning clients. “The Interstate Grand Tour provides everything a couple needs for a comfortable and convenient life on the open road,” says Airstream CEO and President Bob Wheeler. “For more than 80 years, Airstream travel trailers have enabled people to explore the romance of the world around them. The new Grand Tour embraces that spirit of adventure in a modern, perfectly sized, premium touring coach.” 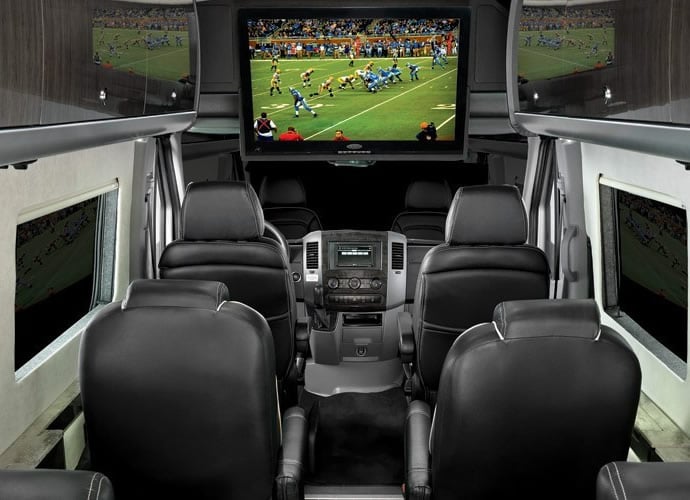 Built upon the Interstate EXT model as foundation, the Interstate Grand Tour isn’t overwhelming in size, which makes it great for a first-time buyer or for someone looking for a cozier luxury coach. It is 24 feet long, 9.8 feet tall, and handles like a car making it very easy to pilot. Like all of Airstream’s touring coach models, the Interstate Grand Tour is built on a heavy-duty Mercedes-Benz Sprinter chassis. The cabin comes fitted with UltraLeather seats, a rear sofa that converts into a six-foot double bed, Corian counters, LED lighting, a refrigerator and freezer, large bathroom with a shower, Kenwood Multimedia Entertainment System, and twin high definition LED televisions. The new Interstate Grand Tour starts at $146,300 and will hit the market in September.

Tags from the story
coach