Nothing says old school luxury quite like a Mercedes-Benz, with roots dating all the way back to 1886, this German luxury giant seems to have grown from strength to strength. The Mercedes-Benz S-Class is a prime example of why the company is still considered one of the top luxury automakers in the world. In 2012 the S – Class had crowned World’s bestselling luxury car, which of course arrives the all-new 2014 S-Class all the more exciting. The company has released over 200 photos of this eagerly anticipated S-Class which has been designated W222. The company promises that the 2014 edition is “the essence of luxury.” This particular edition does away with the traditional instrument cluster, replacing it with two high-resolution color displays in 8:3 formats, with a screen of 12.3 inches. The left unit displays analog gauges, while the right unit has been reserved for infotainment and comfort settings. Mbrace2, Mercedes’s new cloud-based infotainment system, will, of course, be featured in the 2014 S class. 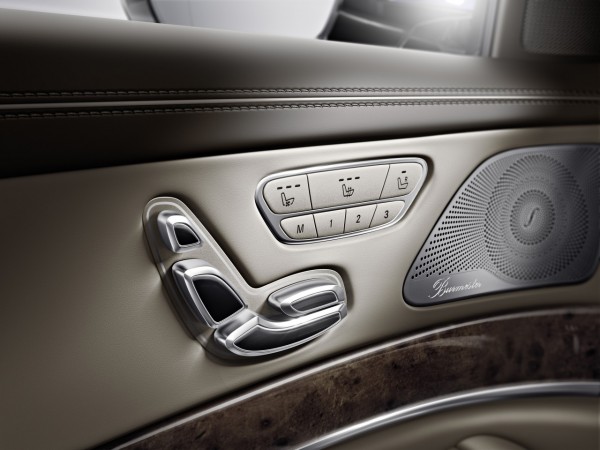 Comfort is of utmost importance in any luxury car, and Mercedes-Benz more than delivers on this front. Passengers will be pampered with the world’s first features like energizing massage, active seat ventilation, heated seats, heated steering wheel, and heated armrests. 14 actuated air bladders in backrests provide six different massage programs. For the first time, so-called reversing fans are used in the active seat
ventilation system. 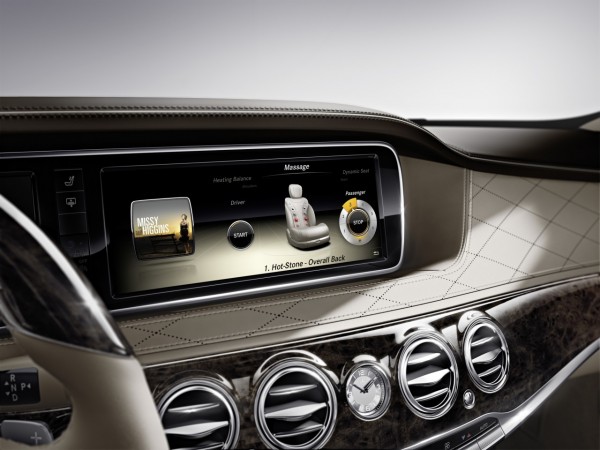 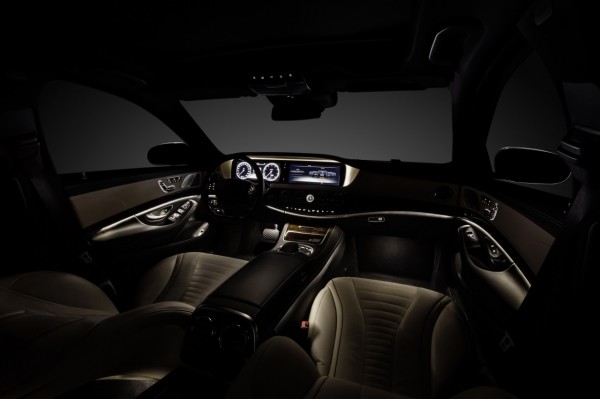 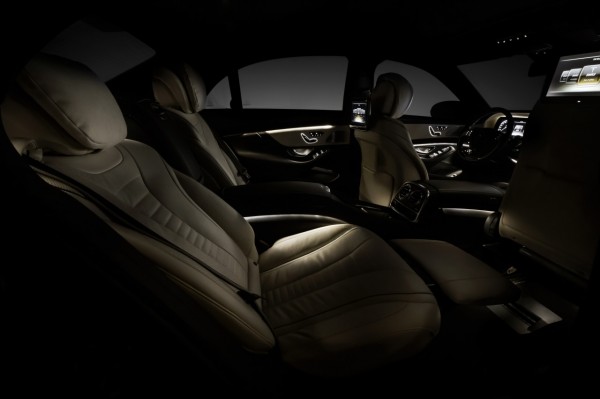 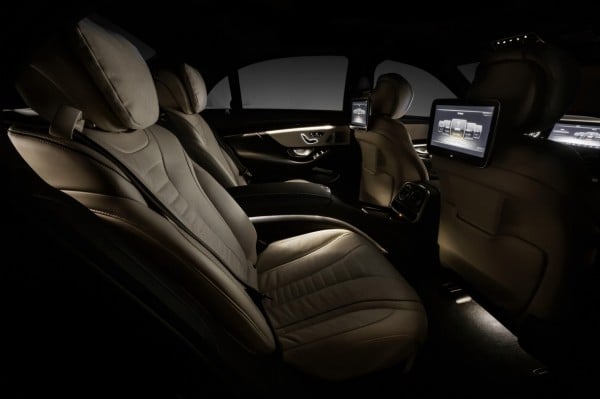 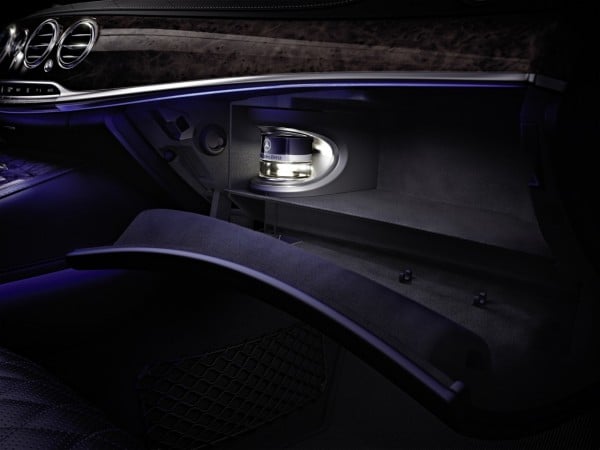 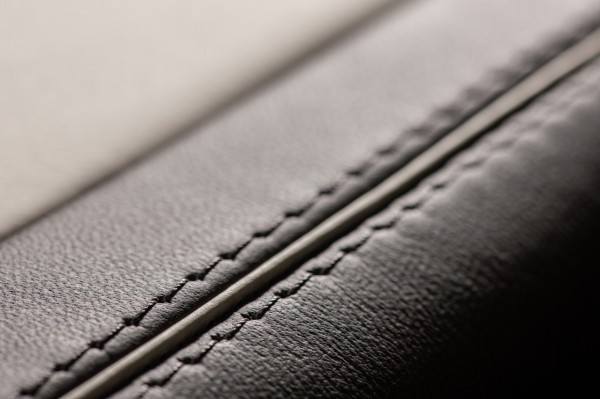 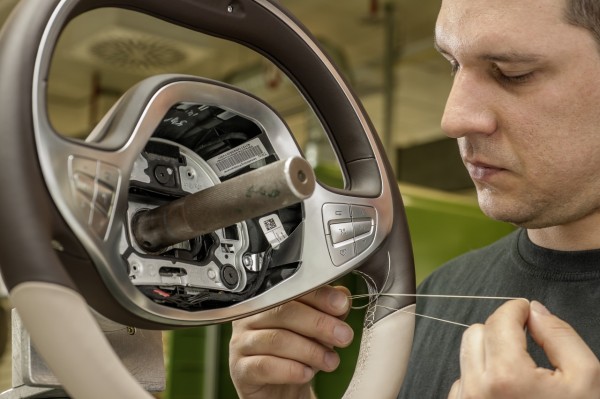 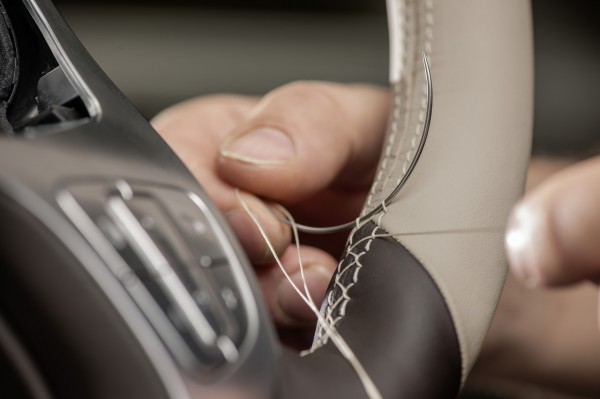 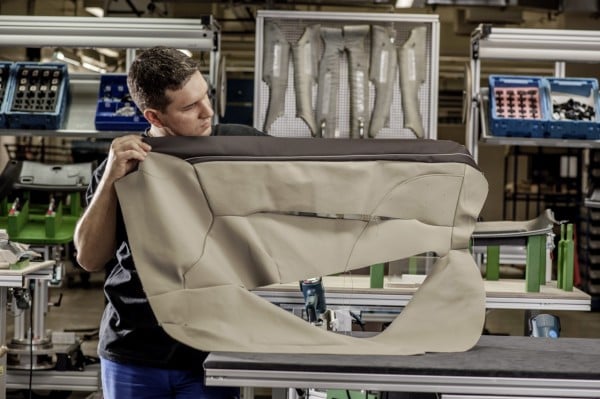 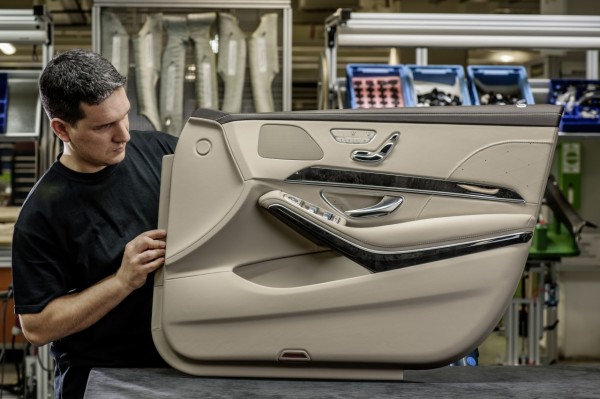