Are you one of those people who hate handing over their car keys to anybody else? Well, to tell you the truth I never let anyone get behind the wheel of my car until I am at a valet parking. Even then I cringe with fear thinking the way they are treating my baby (call it a minor problem we all petrolheads share); after all countless horror stories of how the valet drivers manhandle the cars in the absence of their owners. But the owners of 2015 Chevrolet Corvette won’t have to fret over it as the valet drivers will have to think twice before they get frisky with it. General Motors is offering next year’s model of Corvette with a data recorder that captures video, audio and driving data from the vehicle when switched into a special “Valet Mode.”

These small recording devices can be a huge help to the owners can check out if the valet was testing the car’s 3.8 second zero to 60 mph time. It will also record data such as speed, engine RPM, which gears have been used and the highest level of g-force. The system was developed with Cosworth, the British motorsports-engineering company that supplies the Corvette Racing team’s data and telemetry systems. It has a SD-card slot in the glove box and an 8-gigabyte card can record approximately 200 minutes of driving time. The data options come as part of a performance data recorder and navigation system package that adds $1,795 to the $53,995 base price of the Corvette. “Think of it as a baby monitor for your car,” said Harlan Charles, Corvette product manager. “Anyone who has felt apprehension about handing over their keys will appreciate the peace of mind of knowing exactly what happened while their baby was out of sight.” According to GM, a system of this kind is a first. While recording video along with data might not stop valet drivers inflicting permanent damage to the vehicle, like the ill-fated Lamborghini that was totaled by a valet in a posh hotel in New Delhi (find the video after the jump), but it will at least be easier to press charges. 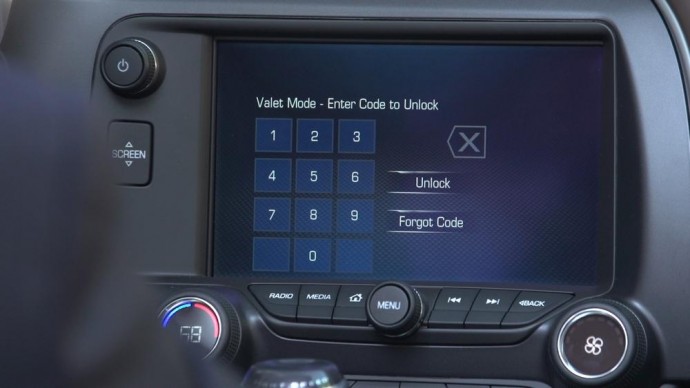