With the Detroit Auto Show starting next week, we are preparing ourselves for some very important launches. Originally destined for the Detroit Show, Lexus has pre-maturely unveiled the F performance version of the Lexus GS sedan with 467hp on tap. Spiritual successor to the smaller Lexus IS F, the 2016 Lexus GS F packs a 5.0-liter naturally aspirated V8 under the hood and a new unibody construction that promises track-capable stiffness and superior handling. The Lexus GS F, which is the third mass-production model to receive the automaker’s performance upgrade, is part of the strategy to help Lexus draw younger driving enthusiasts towards the brand.

The massive V8, as mentioned before is good for 467hp (at 7,100 rpm) and 389 lb-ft of torque (between 4,800 and 5,600 rpm). The power is channeled to the rear wheels through a mandatory eight-speed automatic transmission with paddle shifters. To help it compete with its German rivals, Lexus is fitting its Torque Vectoring Differential from the RC F, which uses three modes – Standard, Slalom, and Track – to alter torque delivery to better suit different driving dynamics. On the inside, details are scant but there are heavily bolstered sports seats with F SPORT branding, and carbon fiber trim. Most of the information is yet to be announced and will be made official at the Detroit Motor Show. 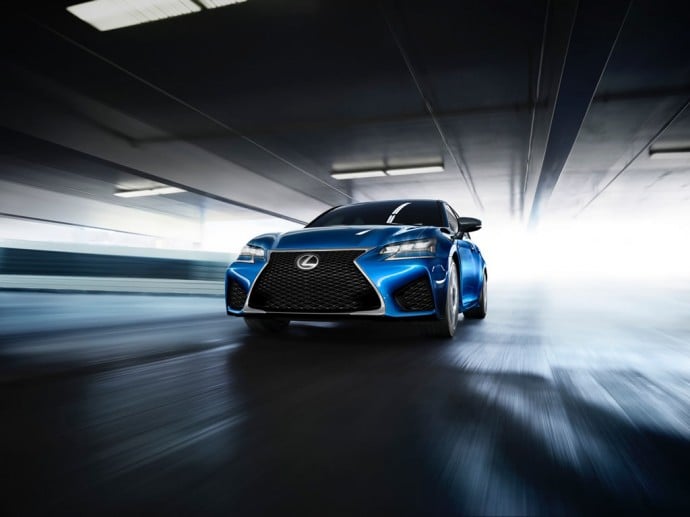 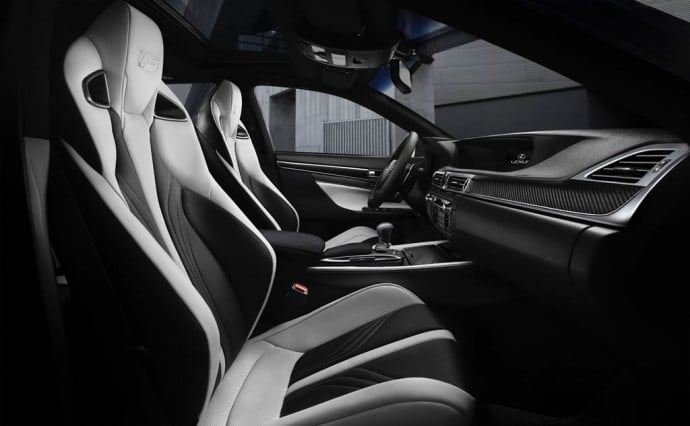