After introducing the incredible 2016 Cayman GT4, Porsche has now unveiled the 2016 Boxster Spyder at the ongoing New York Auto Show. If the Porsche Cayman GT4 got us excited, the new drop-top Boxster has brought an ear-to-ear wide smile on our face. You ask why? For starters, the Spyder not only promises authentic roadster thrills but also has 375 horses on tap. That’s just 10hp short of the Cayman GT4 and a whopping 55 horses more than the previous model. Staying true to the first-generation version, the new Boxster is devoid of most of the frills. What that means is – manual transmission will be the only option offered and the convertible top will still have to be opened and closed by hand like the good old days. 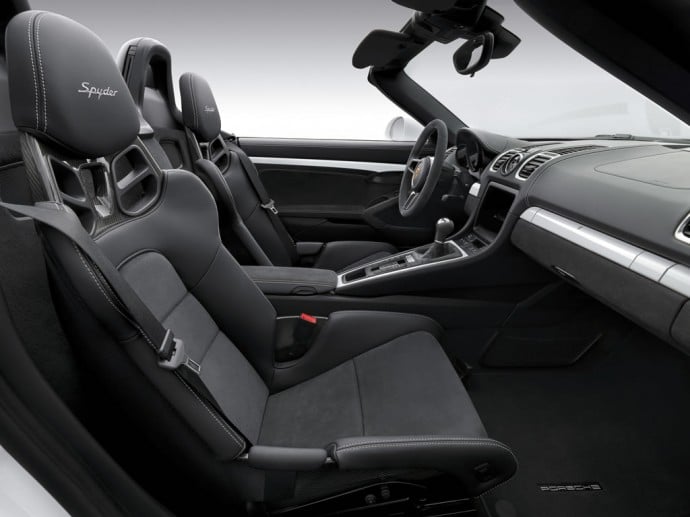 While the earlier model came with a 3.4-liter flat six unit, the 2016 Boxster Spyder will be powered by a 3.8-liter horizontally opposed six-cylinder engine good for 375 hp and a 4.3-second sprint from zero to 60 mph along with a top speed of 180mph. The 2016 Boxster Spyder sits 20 millimeters lower to the ground than the standard model and will arrive brakes from the 911 Carrera S. As for the styling, exterior design of the Spyder pays homage to the 718 Spyder from the 1960s. However, it has retained the unique and unmistakable character of the previous incarnation. Inside the cabin, neither a radio nor an air conditioner is included to shave off extra weight. The 2016 Boxster Spyder will still start at $83,095 when it goes on sale in October this year. 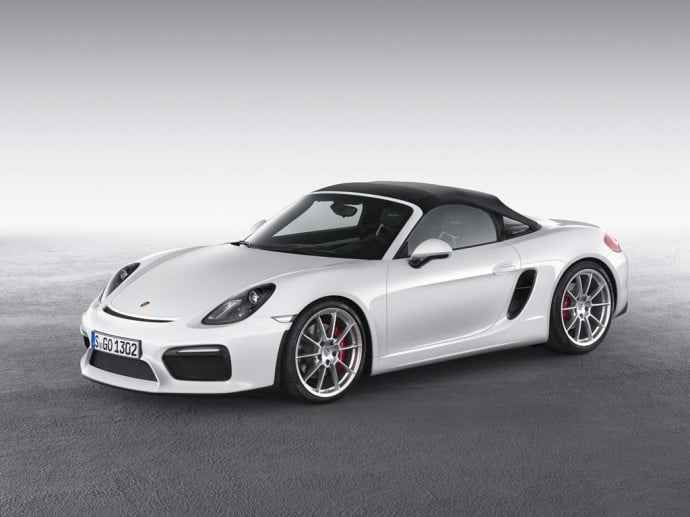 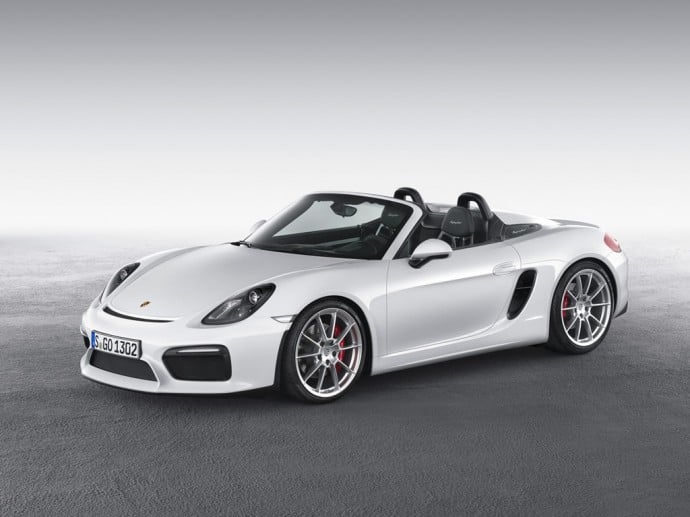 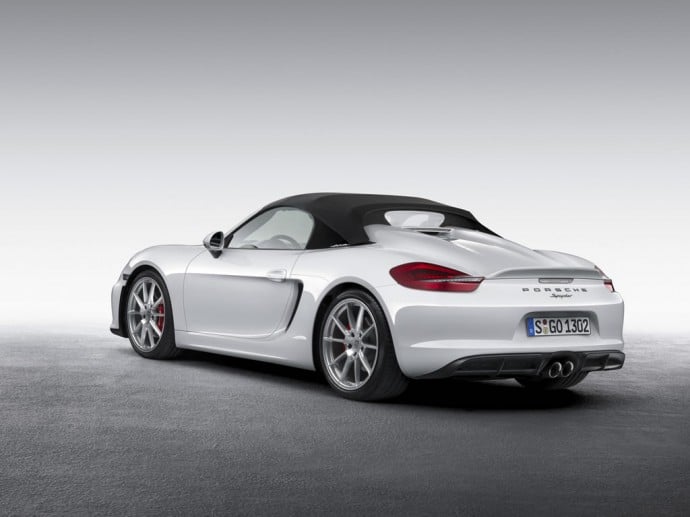