Ducati has finally revealed the much-anticipated new Diavel and it arrives with a lot more than a new powerplant. The sports cruiser has been around for more than a decade now, during which it has been constantly updated by Ducati to keep it relevant in this hyper-competitive market. However, the newest iteration of the muscular bike might have received the most significant history in Diavel’s 11-year-long history. The biggest change comes in the form of a new powertrain; the old 1,262cc V-twin from the outgoing Diavel 1260 has been replaced by a 1,158cc, liquid-cooled V4 which has been borrowed from the manufacturer’s Multistrada V4. The engine is tuned to produce 168 horsepower and 93 pound-feet of torque. Additionally, the V4 gets cylinder deactivation technology that can shut down the rear two cylinders to reduce fuel consumption and heating. 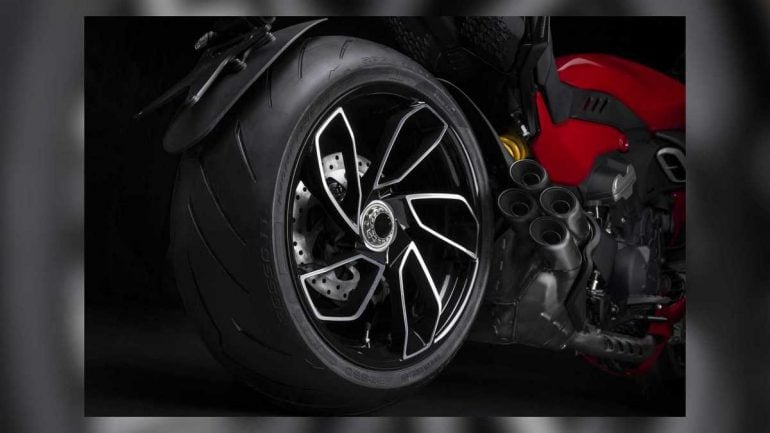 The new Ducati Diavel has also ditched the trellis frame for a new aluminum monocoque chassis, which has helped the sports cruiser shed around 17.5 pounds of weight. In fact, the 2023 Diavel is lighter by a full 29 pounds than the outgoing Diavel 1290 S, further improving the power-to-weight ratio. The motorcycle comes equipped with a 5.0-inch TFT display with Bluetooth, dynamic indicators, cruise control, launch control, a six-axis IMU, cornering ABS, traction control, and wheelie control. 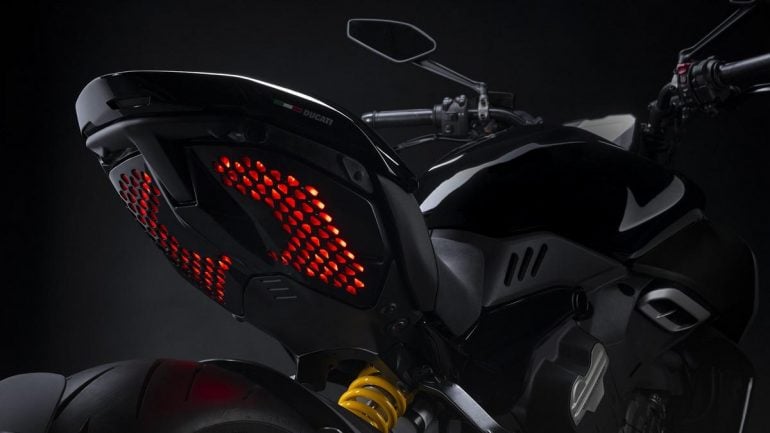 Ducati has also significantly updated Diavel’s design. While the new iteration is still unmistakably a Diavel, it gets a new LED headlight with C-shaped LED DRLs, while the rear light is now an array of small LED lights under the tail section which is designed to look like the C-shaped pattern of the DRLs. Furthermore, it gets two-tone alloys with a diamond cut effect and quad exhaust tips. For 2023, the Ducati Diavel V4 will be available in two colorways: Ducati Red and Thrilling Black. As for the pricing, the 2023 Ducati Diavel V4 has a starting price of $26,695 in the US and the new motorcycles will start rolling into dealerships in Spring, 2023. 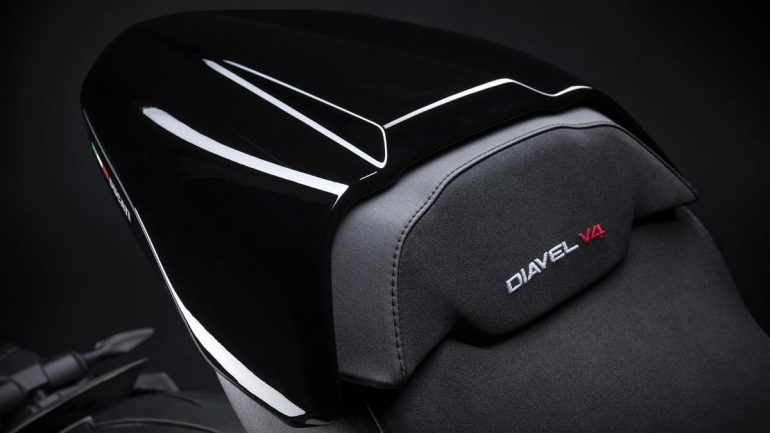 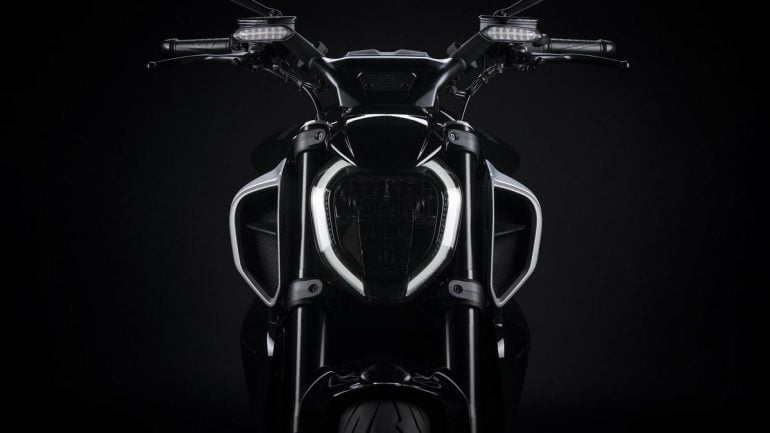