If we go solely by the numbers, we can say that car enthusiasts prefer the Porsche Panamera over the Lamborghini Gallardo. While Lamborghini rolled out its 10,000th Gallardo this June, Porsche has recently rolled out its 25,000th Panamera and that too just one year after it began production. The 25,000th car was recently rolled out from Porsche’s Leipzig plant in Germany. The Porsche Panamera range consists of the S and 4S. The 25,000th vehicle is the Porsche Panamera Gran Turismo is Porsche’s fourth model line. This specific vehicle is Ruby Red with a 3.6L six-cylinder engine that produces 300hp and will be delivered to a U.S.A customer.

Porsche definitely needs to be commended for achieving this feat in such a little amount of time and also for the fact that they did it with a vehicle in this extravagant price range. 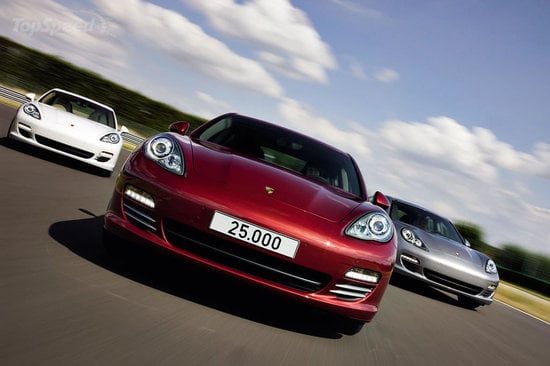