While an artist can find his muse in the most bizarre of all places, in this case, its industrial engineer Charles Bombardier who recently unveiled the all-new eco-friendly waterjet that has taken after cetaceans. After introducing the solar express train, the environment-sensitive tech-head has built the Seataci – a sleek eco-conscious yacht that may as well be the first of its kind in the world. 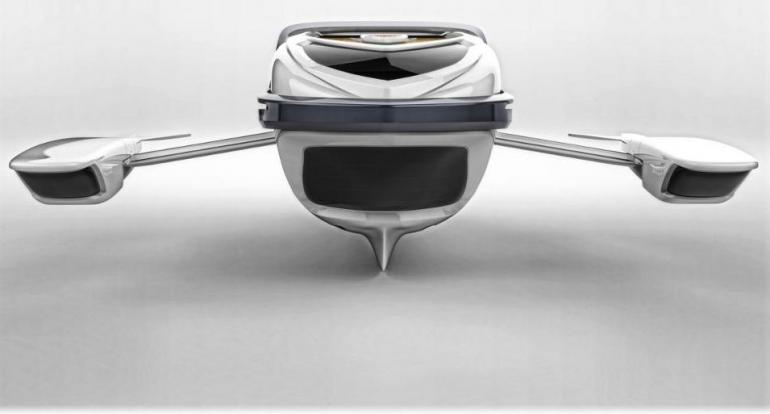 Unlike the traditional rotary propellers, Bombardier’s powerboat utilizes oscillating foils that are nestled in a pair of side pods for its boost that causes ripples in the water to move forward – much like the technique used by a whale. Further, the engine runs on hydrogen and is manufactured with hydro-electricity thereby causing less underwater disruption. Additionally, the design with its hydraulic system (that also doubles up as a dynamic suspension) would make use of stabilizing pods that would be immersed along with the main hull in a water ballast system as seen in submarines. Those who fancy a tour on the Seataci will get to sleep in subaquatic villas with panoramic windows overlooking the rich marina and will also have access to additional viewing points within each of the side pods. Spelling luxury to the tee, the ship’s main deck would also feature helipads and swimming pools in the midst of tropical gardens. 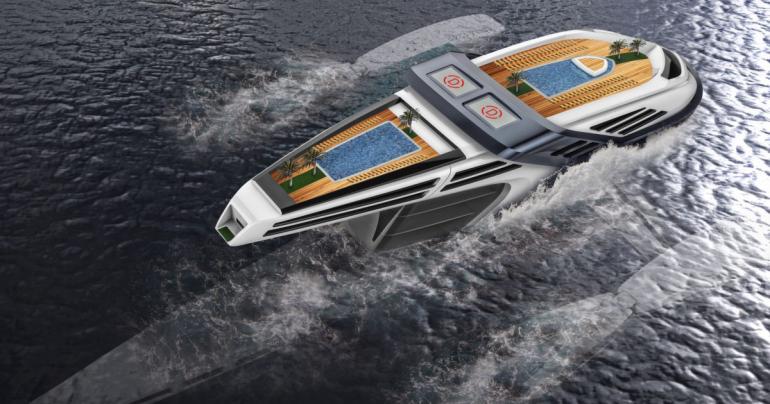 If the detailed itinerary has already got you excited, you may want to hold your hopes back as the Seataci is still in its prototype stage. Though the price of this eco-friendly water boat can vary as per customizations, the initial building cost is approximated to be nearly $100 million. For saving the planet while not giving up on your compelling need for all things luxurious, this seems like a fair bit to shell out!