Three years ago, it was said to be the world’s cheapest car. But if you need the Tata Nano to be a hit with those indulgent opulence lovers, it needs to look upscale too. After the designer version garnered a few niche eyeballs, it is time for the Tata’s to push the Nano to the next level. After an attempt at creating designs for blinging up the Nano for Gold Plus it is time for the GoldPlus Nano to make a grand comeback. Set in 80 kilos of 22-carat gold and 15 kilos of Silver, the GoldPlus Nano is also said to be encrusted with 10,000 semi-precious stones and gems. The one-off Nano will be the center of attraction at the Tata-owned jewelry store tour across India.

With this new makeover, the Tata Nano car originally retailed at about $2,500, the value is being estimated at around $4.68m higher. Tata did make it clear that the promotional piece would not be on sale, but that is something only time will tell. 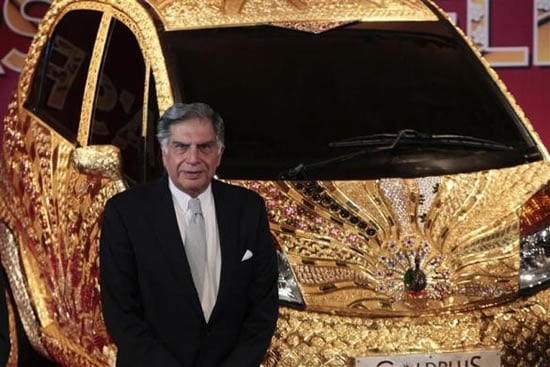 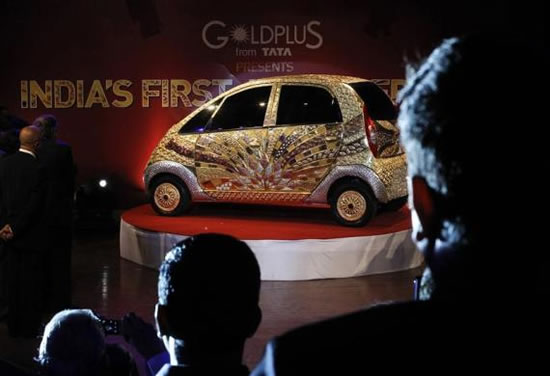 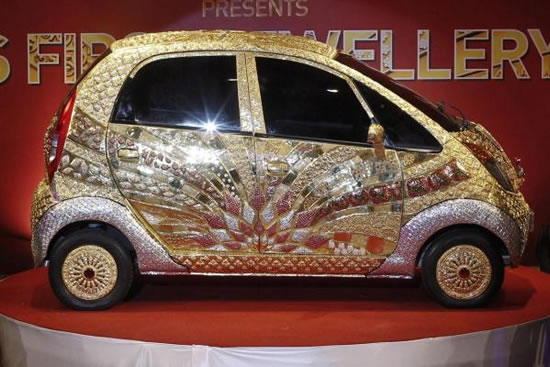 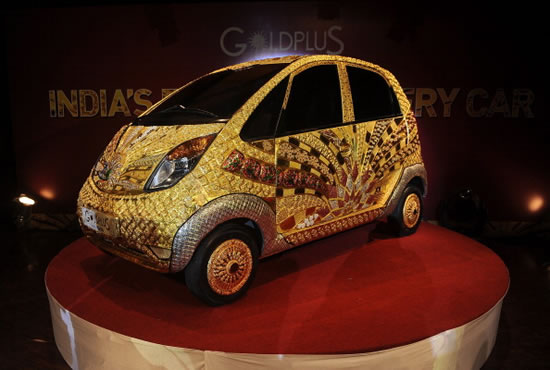