We have covered a variety of conceptual collaborations including Project Utopia Island and Streets of Monaco Superyatch. In addition to this list is the extremely functional “Recreational Island.” A conceptual idea at this point, the Recreational Island is a collaboration between the BMT Nigel Gee of the BMT group and Henry Ward Design. When deployed, it will measure 10m x 8m and act as a floating platform that will offer recreational space for dining and relaxing. The idea behind this folding and floating Island is that it will be an extension, offering an extended amount of space and, when folded, can be stored within the large yacht.

The design includes positioning the floating platform with tender cranes in a folded position, preferably into an area not accessible by a yacht. Further options for the Recreational Island that are being considered include using it as a portable helicopter landing platform and using it in other sectors such as the hotel industry and the military.
Thank you Steve 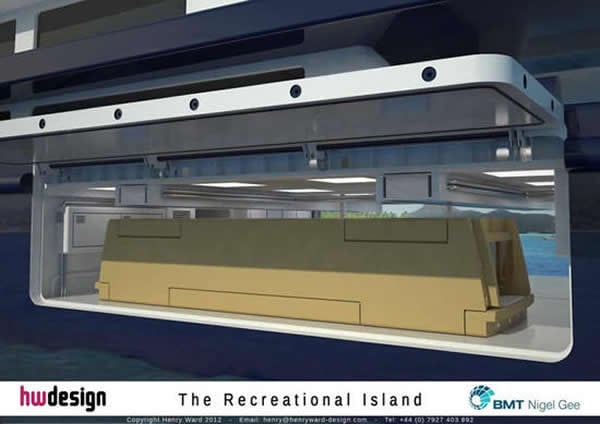 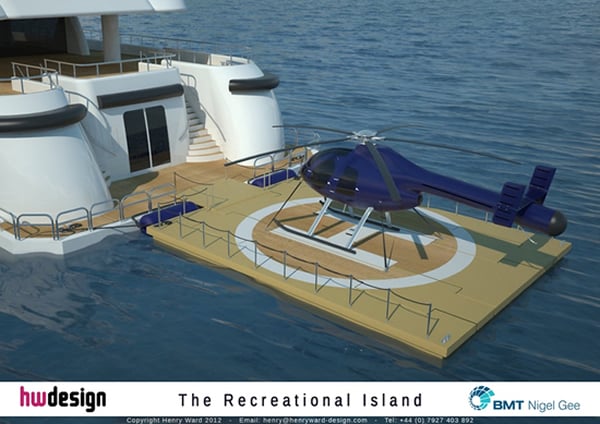 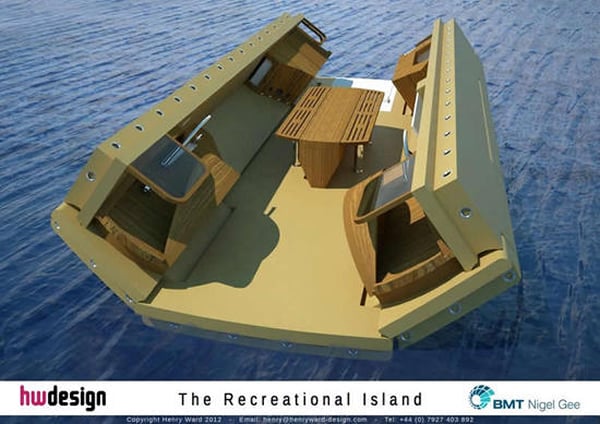