These days there is no limit to being labeled as the fastest on the road. Just hang on to the tag of being the fastest in a specific category till some other creation zooms past and grabs it! Well as of yet the honor goes to Acabion GTBO for being the world’s fastest-ever road vehicle, taking just 30 seconds to reach 300mph before hitting a maximum 340. Considered to be a fusion of a four-wheeler and a two-wheeler, this two (with two-mini wheels) wheeler is described as a “road streamliner” by its creator. Based on the cockpit of a jet fighter and using aerodynamic techniques used in aerospace design, the GTBO is a full 90mph quicker than its nearest rival, the Bugatti Veyron, which takes 55 seconds to reach its 250mph top speed. It packs an astonishing 800 brake horsepower in its 1,300cc turbocharged engine. What’s more astonishing is that it weighs just 700lb, half the weight of the original Mini. The Acabion GTBO minimizes weight and maximizes power and aerodynamic efficiency.

Being developed in Britain and Switzerland by German Dr Peter Maskus, an ex-Porsche engineer, it is believed to hit the roads of UK and USA within three years. But for an estimated price of £1.5million ($3 million)! 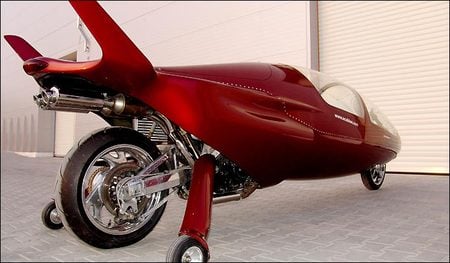