A place where you can experience a monitored test-drive of the newest Rolls-Royce car, meet with equally delighted car enthusiasts, and bathe in the luxury of the bespoke Rolls-Royce culture. Sounds like a dream? Well, that’s exactly what the new Rolls-Royce studio in Seoul, South Korea brings you to. Only the second of the brand’s permanent studio in the world (the first being –Atelier located in Goodwood, England), this one promises to give you an all-rounder on your beloved car like never before. 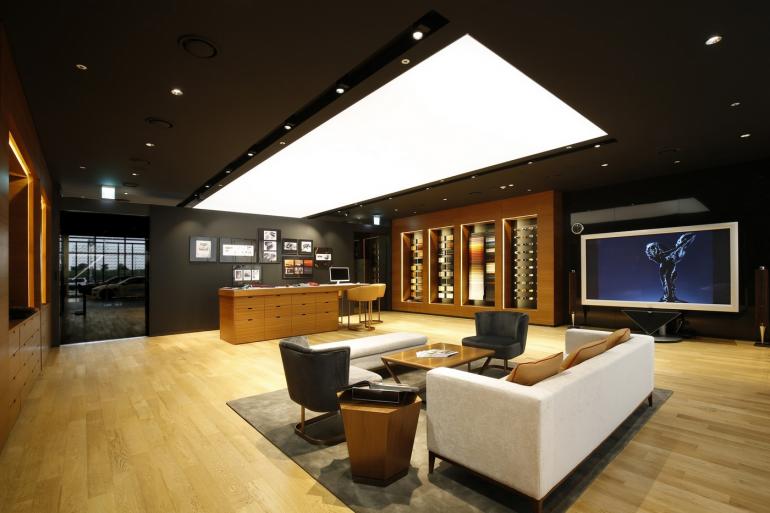 Being the first of its kind in Asia, the facility provides car connoisseurs closed-course test drives and a deep insight into the marvelous world of the marque. The sprawling space is divided into two parts, one being the car gallery- where the choicest of the four wheels are kept on display, with the second section – “the Atelier lounge” dedicated for guests to experience firsthand, the detailing and craftsmanship behind the Rolls-Royce, with an added opportunity to commission a tailored car if they are so fancy. However, the feature that stands out the most is the studio’s 2.6 m closed circuit with surrounding roads, where you can not only test ride a Rolls-Royce under expert guidance but also take on a min-tutorial that demonstrates to you the science (read art) that goes into making the car as legendary as it is today.

Rolls Royce’s move to open a dedicated studio of its current stature in Asia was planned in wake of the overwhelming response experienced by it (including the fastest-growing sales as recorded last year) in the region. Earlier in 2013, the brand also inaugurated the “Cote d’Azur” in Cannes followed by ‘Summer Studio’ in Italy in 2014. Remarkably, each of the Rolls-Royce studios ensures that visitors take home much more than a mere traditional dealership experience. Probably, this is what accomplished luxury feels like!