There are several Batmobile cars and replicas that you can pick up from auctions. But if you are looking for a version from the 1966 television series, you are in luck again! Driven by Batman Adam West, the Batmobile is a real wonder on wheels, but it may not be too fast if you want to fight crime. The fiberglass vehicle features a 280hp engine, taking the car from 0-60mph in five seconds, but gives top speeds of 90mph only with an average of six miles a gallon.

The car priced at a whopping $150,000 features a $20,000 paint job, leather seats, a functional ‘rocket exhaust flamethrower’, a dash-mounted DVD player, electric actuators to open the hood and trunk, and a six speaker sound system. 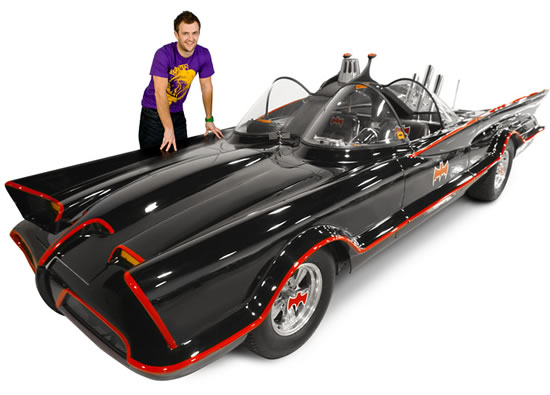 Tags from the story
Batmobile, Comics