You can call this a marriage made in heaven or the best bet of all times, for the fact that Aston Martin’s DBS Volante that premiered at the Geneva Motor Show on 3rd March is truly a beauty and the Bang & Olufsen’s Beosound is an incredible audio system. The Bang & Olufsen sound system in the DBS Volante is the second system to be developed exclusively for Aston Martin, the first being the DBS Coupe. The Beosound DBS system is a revised version exclusive to Aston Martin, and its design blends perfectly with DBS Volante’s material honesty of the interiors. The audio system transforms the DBS Volante into an acoustically sophisticated venue, with the 13 individual speakers and B & O’s unique Digital Signal Processing (DSP).

The most notable feature of the Volante is the Beosound DBS system that has been specifically revised to sense when the roof is up or retracted. When the roof is down, sound is dynamically adjusted to compensate for extra noise so the occupants can concentrate on the road. Volante (Italian and French) meaning, “moving with light rapidity” perfectly demonstrates DBS Volante’s performance potential and automotive experience. 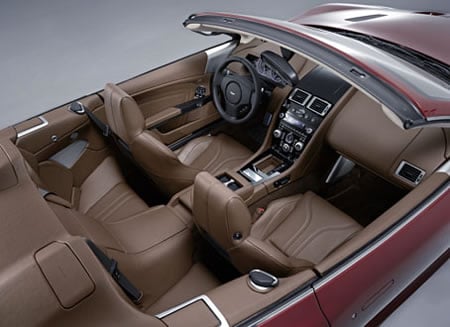 With a massive 10,000 square meter garden in it, Shenzhen’s upcoming airport…

Be ready to sell your Bitcoins – You can soon buy a…