The Aston Martin Vanquish will soon be zipping around on the streets of the US as the stunning luxury sports car will debut in the country at the Monterey automotive week in California. Unveiling on 15th August at McCall’s Motorworks Revival, the car will then make its presence felt at the Motorsports Gathering on 17th August and later at the Pebble Beach Concours d’Elegance on the 19th August as Aston Martin will host some special guests at The Aston Martin Estate over the weekend. Looking at the hype generated around the One77’s cousin, I am sure many high-profile people would want to drop by at this party for sure.

So these lucky people will not only get a sneak peek at the car featuring Aston Martin’s VH architecture, with a 6.0-liter V12 engine and an entire carbon fiber body but also get to interact with the likes of their partners, including Davidoff, Jaeger LeCoultre, Louis Roederer, Lugano Diamonds, Timothy Oulton, Vizio, and William Grant & Sons. The car will be available for $279,995, with deliveries starting from early 2013. 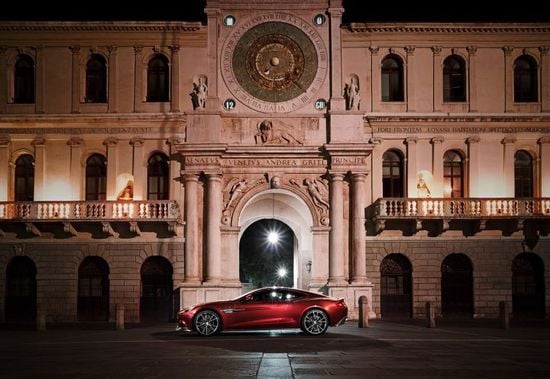 Tags from the story
Aston-Martin, Aston-Martin-Vanquish, Supercar, US