German car manufacturer Audi has had a long standing relationship with one of the world’s best soccer clubs, Real Madrid, hailing from Spain. To commemorate its relationship with the soccer club, the automaker has unveiled a special R8 LMS Ultra race car. Called the Audi R8 LMS Ultra Real Madrid special edition, the car is swathed in white and blue livery and comes with the team’s emblem!

READ:  Audi A8 L Security car can race through a grenade attack

Apart from the colors however, the car pretty much sticks to the original R8 LMS Ultra race car. That apart, the Real Madrid team has been known to favor Audi, with the couch José Mourinho driving an A8 and the team’s brightest star, Cristiano Ronaldo, driving home an Audi R8! 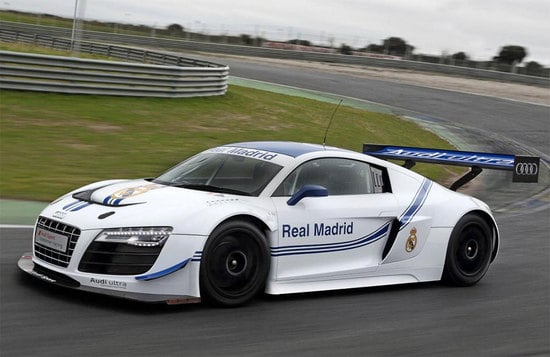 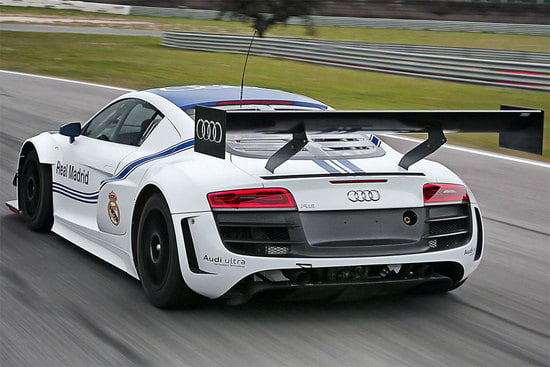 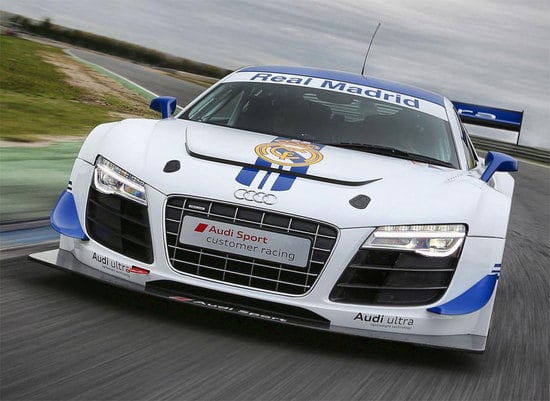 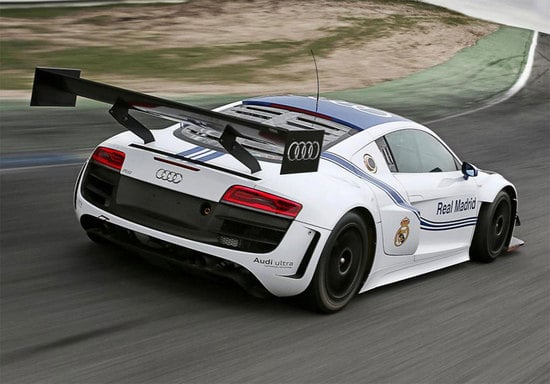 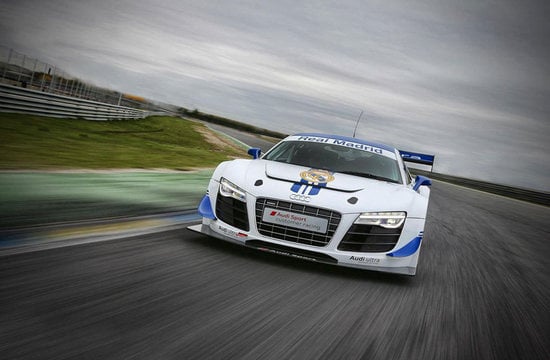 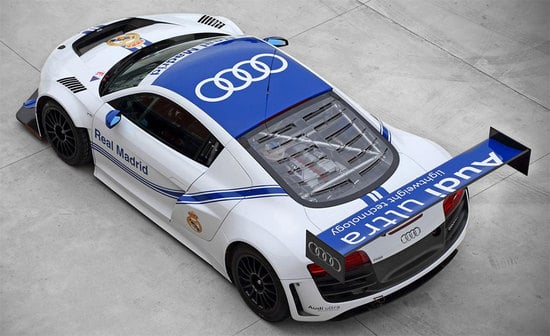 READ:  Skreemr concept plane can take you from NYC to London in 30 minutes