Audi’s Cross Cabriolet Quattro is still at a concept stage but the anticipated features are delicious enough to entice us. Imagine a car that features a Bang & Olufsen sound system that could stream Internet radio via a built-in Internet link. Sounds groovy? Read on…apparently, it also helps drivers to “judge” the tracks as they were played, enabling the system to “build up a picture of their preferences and offer individual playlists.” The built-in intercom system with noise-canceling capabilities is also included. Plus The Internet link can be used to fetch map data from Google Earth.

As the case is with most concept situations, there is no word on when (or at what price) this infotainment system will be featured in the cars. Well are awaiting more info on Audi’s Cross Cabriolet Quattro concept! 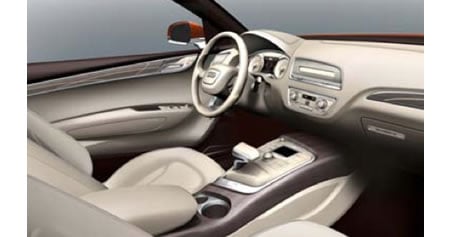