The upcoming Batman vs. Superman movie will get an all new Batmobile and it was officially teased a few days ago along with a glimpse of Ben Affleck as Batman; but nevertheless, out of all the Batmobiles we have seen over the years, the Tumbler from the Dark Knight Trilogy is the coolest of all. The roof jumping rocket powered Batmobile got so popular that we saw quite a few replicas make it to the markets, but how about a Batman Tumbler Golf Kart which looks like a truncated version of the real deal. If you’re a perpetual internet browsing freak like me then there are chances that you have come across this golf cart dressed as the Batman Tumbler. Constructed back in 2010 by Marc’s Creature Company, the tiny vehicle was apparently commissioned by some who works on the lot at the Warner Brothers studio. 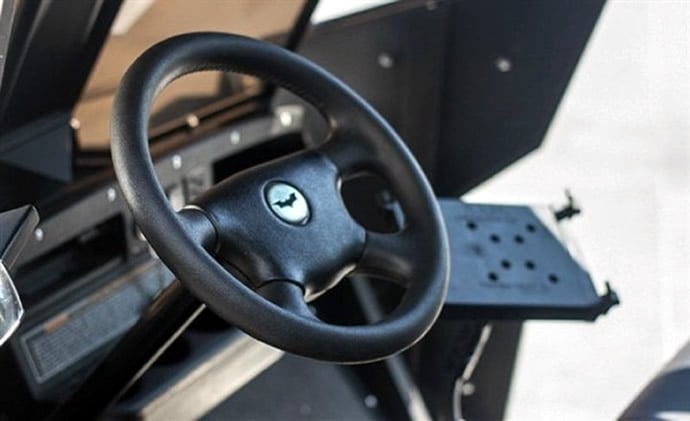 Earlier last year, this Batman Tumbler Golf Kart was up for sale on eBay with the bidding price of $17,500; but the mini Tumbler is on sale yet again and Miami exotic car dealer Prestige Imports is asking $49,950 for it. It is built upon a frame of an EZ-Go Golf Cart and is powered by a 6-hp go-cart motor capable of driving at 38mph. It even features dual rear wheels and a non-functional rocket booster. 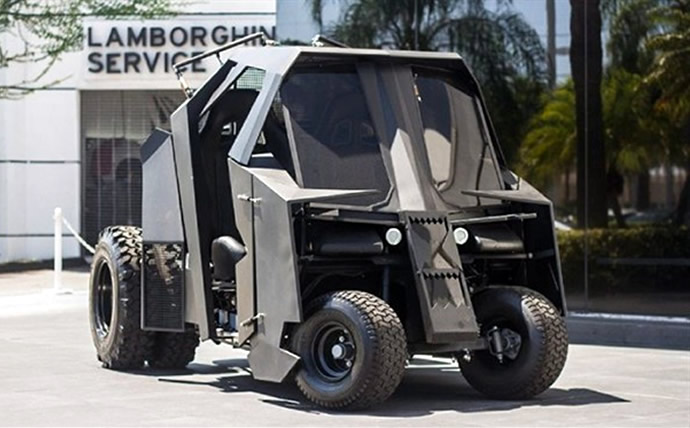 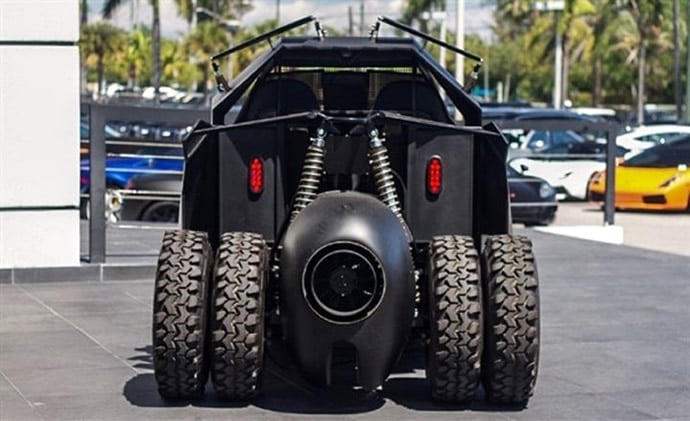