It would take Andrew Winch Designs about a decade to make a giant sky ship by the name of ‘Halo’. But time isn’t even a factor when you’re looking at the becoming of a giant supership that hovers about 12,000 feet above the ground and can lift off a yacht as if it were a canoe. A single flight of this colossal floater could span about 6,000 miles at speeds of 160 mph. Surely, the billionaires of the future have so much more to look forward to. 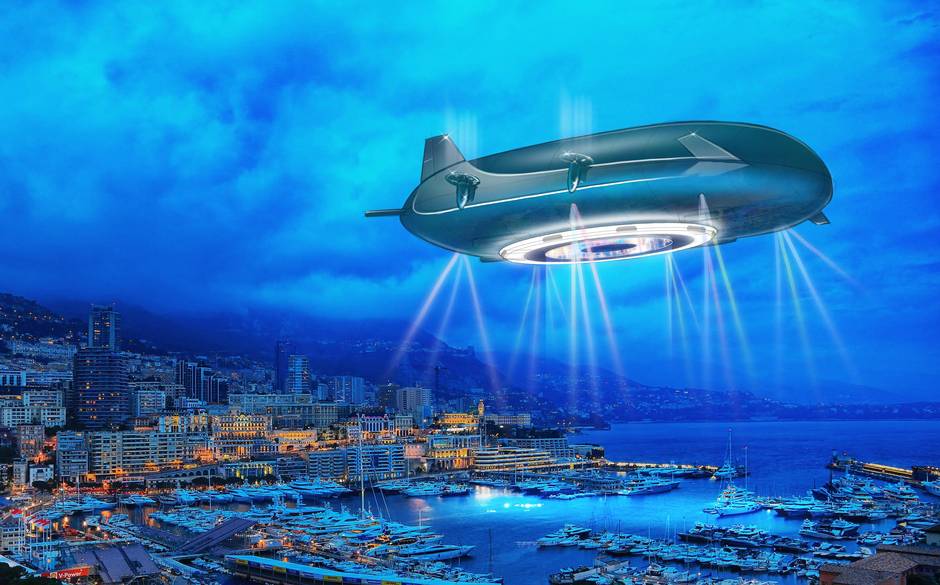 The grandeur and the hype with which this mother ship arrives will be specially celebrated for its ability to lift a 55-ton yacht from the ground. The total freight-carrying capacity of the blimp would be up to 250 tons! This could include a barrage of helicopters, cars and smaller boats, all easily transportable to the ground below without landing the Halo.

The project should take to the skies in ten years’ time as long as they find someone to put the money on the honey. The helium balloon will constitute most of the design of the ship but we can expect more additions in the interiors, thanks to Andrew Winch Designs, which specializes in designing private yachts and jets.

In an interview, Mr. Winch said that the Halo is “eight times more fuel efficient than jet engines so it’s a very green way of transporting things around the world. It’ a slower way to travel, it’s looking at the world, looking at the oceans. It isn’t flash. It’s about very large volume. It’s four times the interior volume of an 85 metre Lurssen, so the owner can have four times the volume inside it to design with us whatever his life should have.”

The key attractions would be the viewing decks and capacity of 20 bedrooms including bespoke luxuries.