Old is gold as we all know it. And some old is even pure rare uncut diamonds the size of a blue whale. This 1957 Chevy Bel Air convertible which was owned by America’s sweetheart Bruce Springsteen is something on those lines. This is his first owned car bought on May 21, 1975 for $2,000. The car gave birth to some of his top numbers like ‘Born To Run’, ‘Thunder Road’ and ‘Backstreets’. In his words he has described the car as – ‘It was a ‘57 Chevy with dual, four-barrel carbs, a Hurst on the floor and orange flames spread across the hood’. His lucky fan who have an eye on this piece can bid for it. As of yet, the minimum bid is $390,000 but it is estimated to go anywhere between $500,000 – $700,000. The winning bidder will also get the original vehicle registration, temporary insurance card and Allstate insurance card in his name and address. It is currently displayed at the Rock & Roll Hall of Fame in Cleveland.

The current owner has invested over $35,000 in it. The motor was replaced with a custom-built gm 350, and a single barrel chrome plated carburetor by Edelbrock was installed. The buyer will also be enriched with The Time, Newsweek, and Playboy Magazines featuring the car, a detailed color book compiled by the owner, all documentation and known history of the vehicle, and a limited edition hardcover copy the buyer can have personally inscribed. 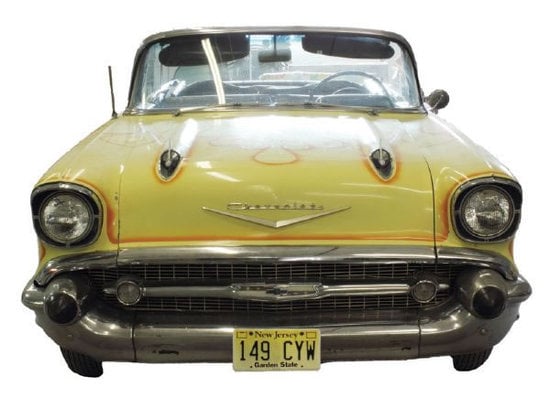 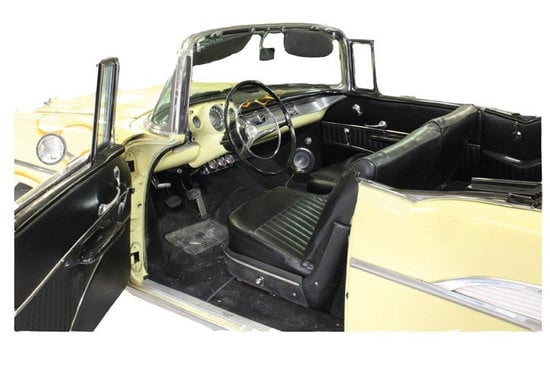 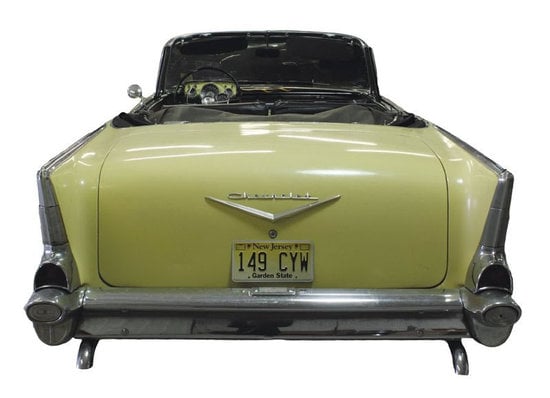 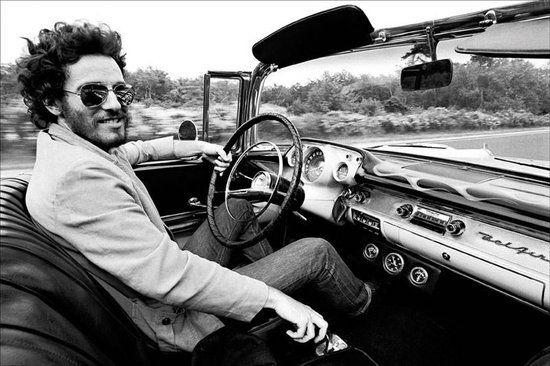