Surreal and bizarre, with an added bit of ‘action’ sounds like the perfect concoction for a blockbuster film. Probably that’s how The Matrix, X-Men, and the lot have made it large. The same goes with the Transformers series – a movie that has grossed high on the charts. Yes, I agreed there’s not much “acting” in the movie, but who wants that when you have machines going barbarian? Excitingly, word has it that Director Michael Bay has started producing the fourth chapter to the Transformers series, and the ambitious director has included a few new additions to this version. Joining the mean machine battalion amongst the Cybertrons, Decepticons, and Megatrons is the fast and furious Bugatti Grand Sport Vitesse and the Chevrolet Corvette Stingray.

Picture this: the Bugatti Veyron Grand Sport Vitesse racing the Decepticons with its 1,200 horsepower and 1,106 pound-feet of torque. And the C7 Corvette Stingray looking stunning with Chevrolet’s Synergy Green paint, unannounced wheels, body skit, graphics package, and a large rear wing. Now that would be a sight to behold, won’t it? 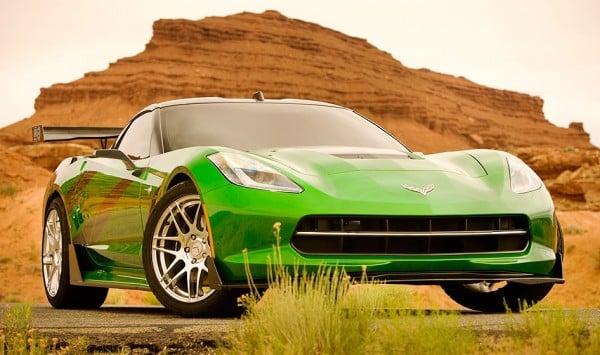 Tags from the story
Bugatti-Veyron, Chevrolet