If you are an F1 fan and love to speed through the highways in your mean machines, then you had better pay attention to this. A Bugatti owned by F1 legend Schumacher is actually up for grabs through Maranello Motors! In fact, what makes it more special is the fact that it is the last one to be registered on him personally. The mean-looking Bugatti EB 110 was bought by Schumi in 1994 and was used by him for almost ten years. However, its mileage reads only 5000 km. With 611 hp, the EB 110 was the fastest production car in the world of its time, reaching 100 km/h in 3.26 seconds with a top speed of 355 km/h.

Aerospatiale France developed the carbon fiber chassis while Michelin constructed the custom made tires. Furthermore, for the diehard f1 fan, the seats can also be equipped with a 4-point harness. And as if that’s not enough, this EB 110 SS is the only one with the GT model’s luxury interior.
The car is said to be in excellent condition and has not been used since Schumacher’s ownership. The car has an asking price of €600,000 ($744,000). The car will come accompanied by a miniature version of itself. So if you have always dreamt of sitting in the same seat, behind the same steering wheel as Schumi himself, then this car is definitely a must-buy for you. Click here for more info. 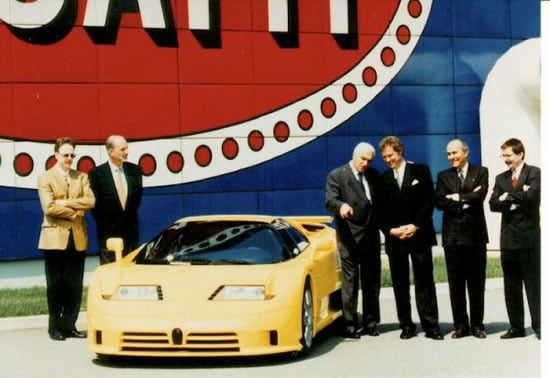 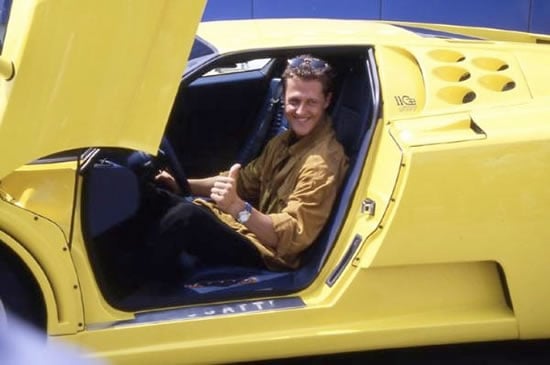 Tags from the story
Bugatti, Michael-Schumacher