In its day, the 1928 Bugatti Type 37A.was one of the fastest set of wheels around, fast enough to cross the checkered flag multiple times, leaving its peers in the dust. Paying tribute to this grand-daddy of sports cars, the French supercar manufacturer unveiled this splendid special edition Veyron 16.4 Grand Sport Vitesse at the Quail Motorsports Gathering. With insides similar to the conventional Veyron 16.4 Grand Sport Vitesse, this one sports a Bianco and Light Blue livery and, as always, crosses the 62mph mark in well below 2.6 seconds with ease. Packing a 1,200 horsepower forced-induction W16 in its belly, this special edition Veyron 16.4 Grand Sport Vitesse is the perfect accolade to race cars of the past, including the 1928 Bugatti Type 37A currently owned by car-collector Jay Leno!

READ:  Here’s why a simple oil change on a Bugatti Veyron costs a whooping $21,000 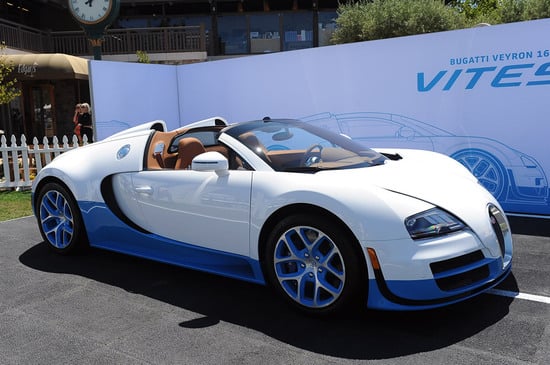 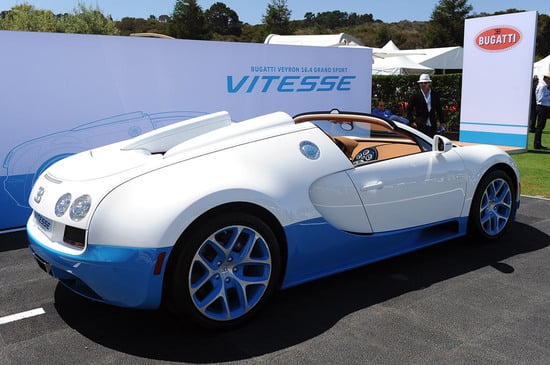 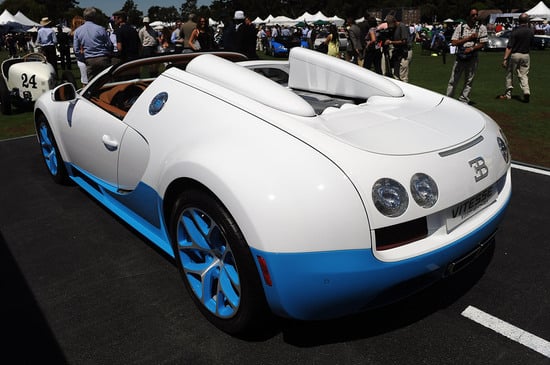 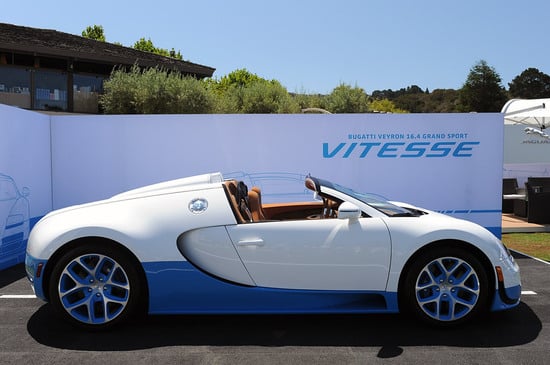 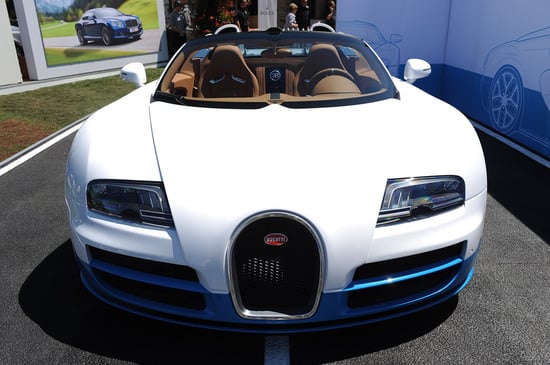 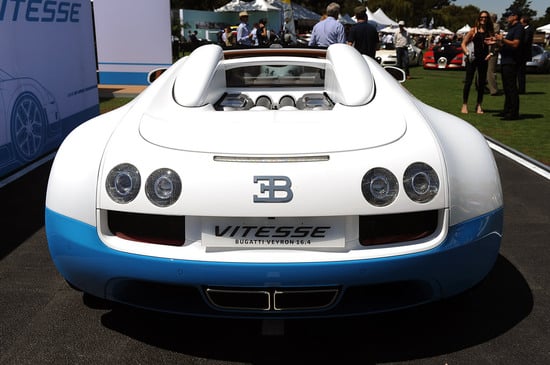 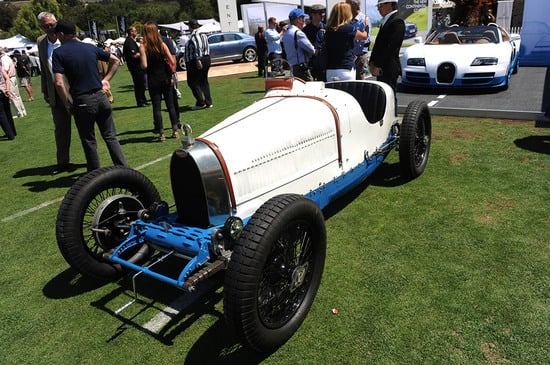 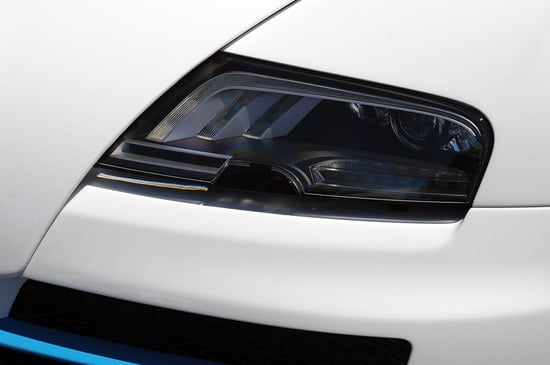 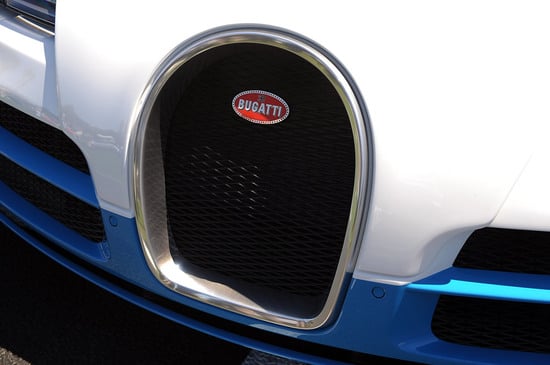 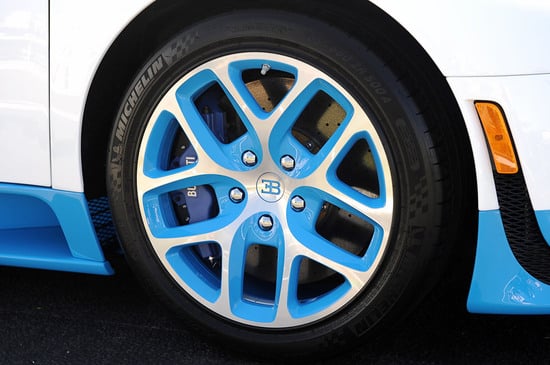 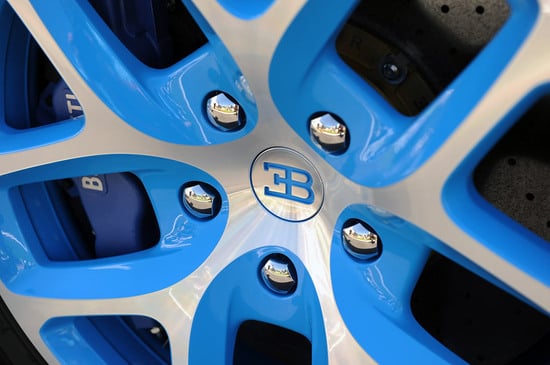 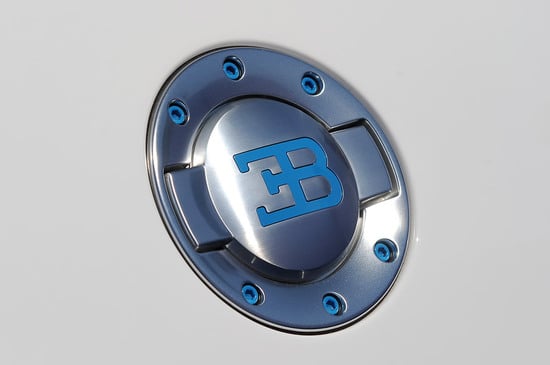 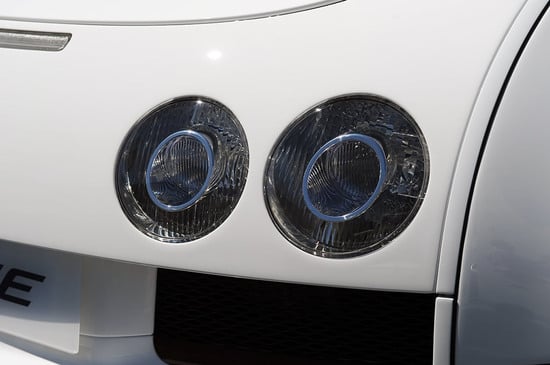 Update –
Autoblog reports that this one-off supercar is sold for $2.5 million to an unnamed buyer. Though a standard Vitesse flaunts a $2.2 million tag, the Special Edition demands a premium of $300,000 for many frills, including a paint job specially prepared as a tribute to the 1928 Type 37A. While the top half of the aluminum body is painted in Bianco, the lower half is clad in New Light Blue. Peek inside to find the two-place cabin dressed in custom-tailored Cognac leather with contrasting New Light Blue stitching trimmed with blue accents in the door handles and map pockets.
[Autoblog]