The idea of putting an aircraft engine into a motorcycle isn’t quite new; there are plenty of concept bikes we have seen in the past that has experimented with this idea. In fact, an American company even built a production motorcycle that had a Rolls-Royce turboshaft engine from a helicopter. However, the concept bike you see here is nothing like we have seen ever before. Meet the TMC Dumont, a Tron-like hubless motorcycle powered by an aircraft engine. The concept art bike was designed and built by Tarso Marques, a Brazilian racing driver. The wicked motorbike is equipped with a 300hp Rolls-Royce Continental V6 engine from a 1960s aircraft. 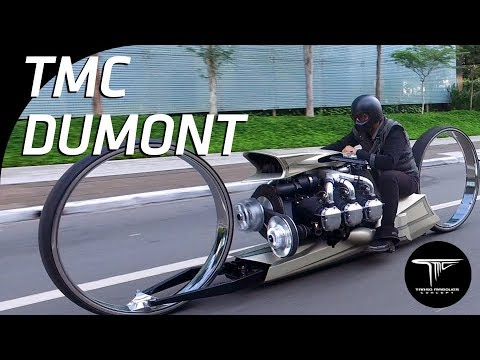 The massive hubless wheels measure 36 inches and appear to float. Let’s be honest, it’s not be the most practical motorcycle out there. Not only is the rear wheel dangerously close to the rider but the massive V6 engine is millimeters away as well. And then there’s the steering of the bike; we can only guess the turning radius of the bike. However, it’s an art bike built for shows. This crazy yet ambitious motorcycle won the ‘Best of Show’ award at this year’s Daytona Bike Week. We believe it’s one of the coolest concept bikes we have seen lately. 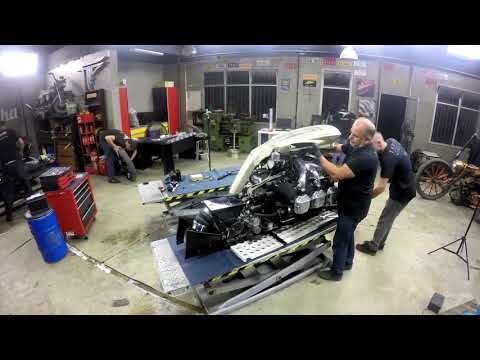