Having the infamous stamp of being the ‘most over-populated’ country in the world is apparently proving to be more of a boon than a curse for China. In close to a year, the country has seemingly acquired numerous titles of having beaten the supremacy of the self-proclaimed super-power – the U.S. In a recent report by McKinsey & Co, China is predicted to overthrow US (by 2016) from its throne to being the country with the highest sales for luxury cars. Already crowned the world’s second largest billionaire hub, China from its race to leading as the largest luxury goods market to gradually emerging market leader with the highest demand for luxury watches has already aced the list of market demand for most luxury cars as Porsche, Rolls Royce, Ferrari, Mercedes-Benz, BMW and Audi; more so, coaxing luxury car manufacturers to come up with China Editions of their make.

The McKinsey report confirms China as an ambitious mix of consumers with a deadly combination of financial resources and an ardent desire to flaunt their social status, thus explaining why the country is the biggest auto market. The report also recorded China to have a more than positive 4.3% year-on-year increase in automobile sales in 2012, wherein premium car sales have witnessed a 36% rise annually over the past 10 years. Currently second to the U.S in premium car sales, China is predicted to reach an outstanding 2.23 million in 2016 and 3.0 million by 2020, surpassing the U.S. 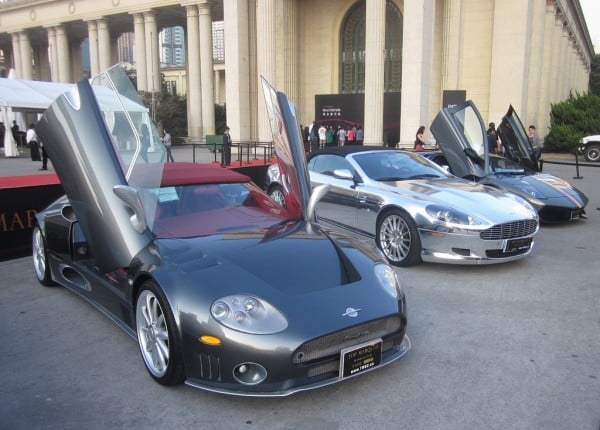