When the Aston Martin Vanquish Zagato Coupe first enthralled the masses at Italy’s 2016 Concorso d’Eleganza at Villa d’Este, it was hailed as a rather cool concept. The company has now announced that the car will head into production, albeit in a limited 99-example run. The British and Italian companies have come together for the fifth time to unleash a powerful roadster such as this one. The car will arrive with a powerful 6-liter V12 engine that produces 592 horsepower. Built for incredible speed, the Coupe will go from 0 to 62 mph in just 3.2 seconds. 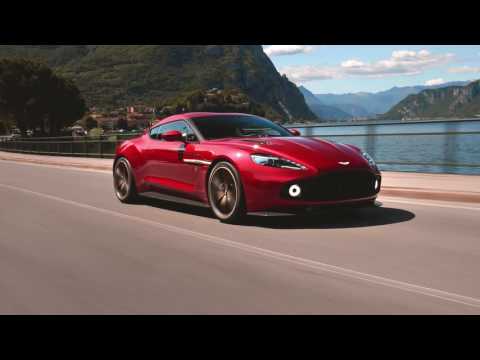 When it comes to the design, the innate design sense of Aston Martin and Zagato’s influence is evident through every nook and cranny. The carbon-fiber body tells of the employment of large one-piece panels. The all-new front and rear lights look rad enough for an Aston Martin, with the bladed LED technology that was seen in the Vulcan.

Customer deliveries for the car will commence in the first quarter of next year. Those rear 99 pieces of rubber, metal, and glass will take a while coming to the lucky few who have the privilege of owning them.