Thanks to the shape and color, what you see above in the picture might look like an early version of the Batmobile without the jet-thruster in the front. But it’s not. In fact it is the life size fully operational Darth Vader car painstakingly designed to imitate the 1:64 scale Hot Wheels version. The new Star Wars movie is due next year and Hot Wheels has partnered with the brand to sell replica vehicles and playsets later this year to mark the occasion. To kick off the new toy line, they came up with the full size Vader mobile which has been built using a C5 Corvette chassis with an LS3 V8 pumping out 562 horsepower.

The one-off Vader-vette was designed in-house at Mattel and built by Picture Car Warehouse. All of the 526 horsepower is channeled to the rear wheels and the car is reportedly capable of doing 80 mph (129 km/h). The car also has killer old-school side-exit exhaust system which is one of the best features of the car. The nose piece is made from carbon fiber, and it rides on a custom set of wheels from MHT. The full-sized Vader-mobile will be on display at Comic Con in San Diego this week which is sadly not on sale but fans can buy the 1:64 toy version of the car that comes in a case that looks like Vader’s red lightsaber, plus a commemorative box, for $40.00. 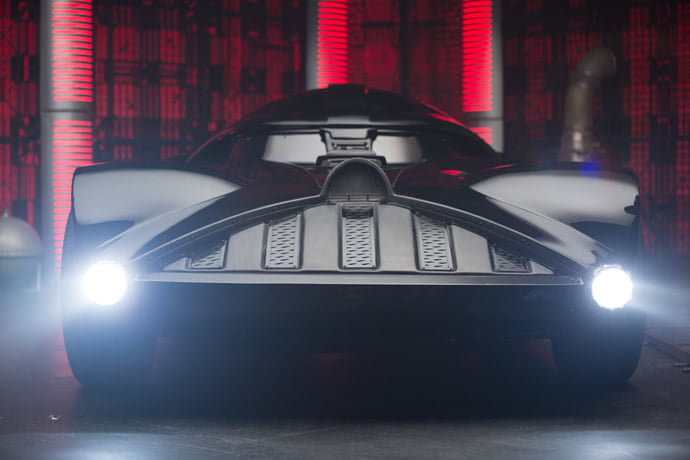 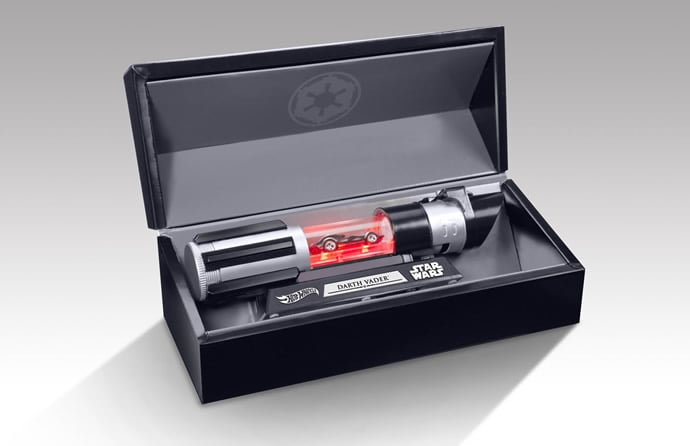