Vehicles generally get a celebrity status due to their owners, but there are scarce ones with individual stars to their accolades. The one in the picture is the PROMBRON, a uber-luxury version of the KOMBAT T-98 made by DARTZ. PROMBRON also happens to be the oldest armored car brand globally (the first armored car being produced in 1912) used as a Russian Tzars Army supplier.

As if that wasn’t enough to make it popular enough, it was also used by Lenin in 1917 to deliver his famous speech and in 1922 new “Soviet” Tzars like Trotsky also drove this car. And now the car is legitimately royal ever since HSH Monaco Prince Albert II went out to test this car at Top Maruqes Monaco. 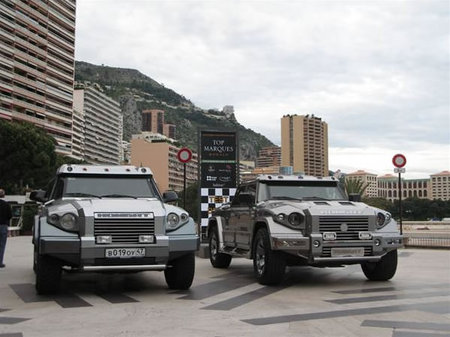 Tags from the story
Armored-Vehicles, Dartz